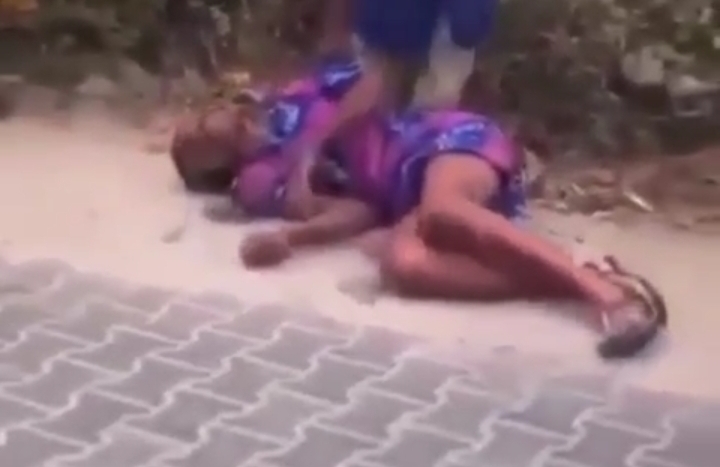 WITHIN NIGERIA learnt that the said lady reportedly drank sniper after she was dumped by her boyfriend.

Inside the 20-second video, the young lady can be seen rolling on the floor and holding her stomach while onlookers capture the moment as some passbyers feel pity for the said lady.

The groaning lady was neglected by tricycle rider who passed the scene of the incident and other passers-by.