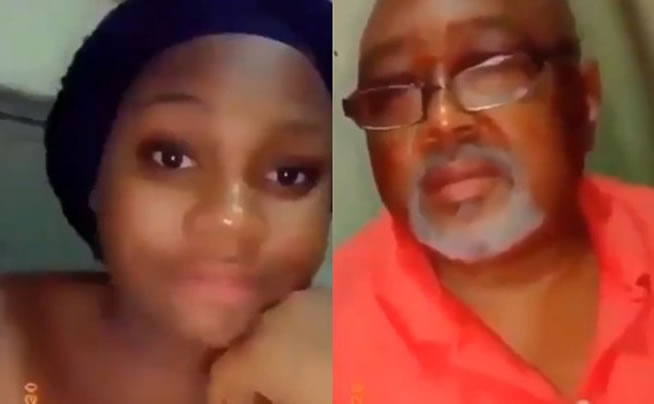 In a bid to serve a very harsh revenge, a lady shares video of her friend’s father whom she slept with as a payback for sleeping with her boyfriend.

She took to Snapchat to publicly call out her friend she identified as “Ada” for sleeping with her boyfriend. In the short clip video, the lady was heard saying;

“Ada you slept with my boyfriend, see now I’m in the hotel room with your father. Hello honey say hello”

The alleged father of her friend at that point said “hello”.

Watch the viral video below;

In other news, passers-by were shocked to discover a young lady who allegedly committed suicide over relationship breakup.