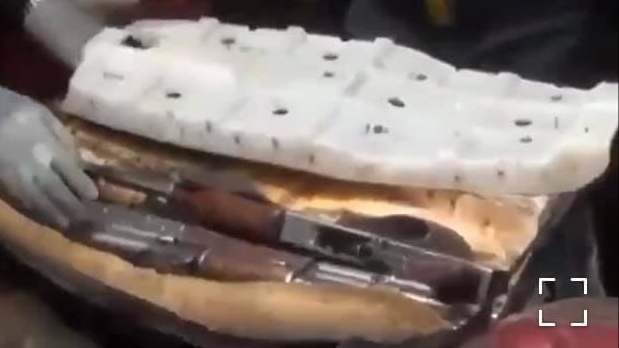 Nigeria Police Force has paraded a suspected member of a gang responsible for some attacks in villages in the northern region of the country.

The suspected member was paraded alongside the 2 AK-47 rifles and magazines found hidden in his motorcycle’s seat.

Reacting to the shocking discovery, spokesperson of the Nigeria Police Force, Frank Mba described the arrest as “mind boggling”.

Mba said that the suspect was arrested after a discreet investigation.

He further disclosed that someone with such ammunition can wreck havoc in a targeted community.

Father threatens to take daughter out of Coronavirus isolation center to…