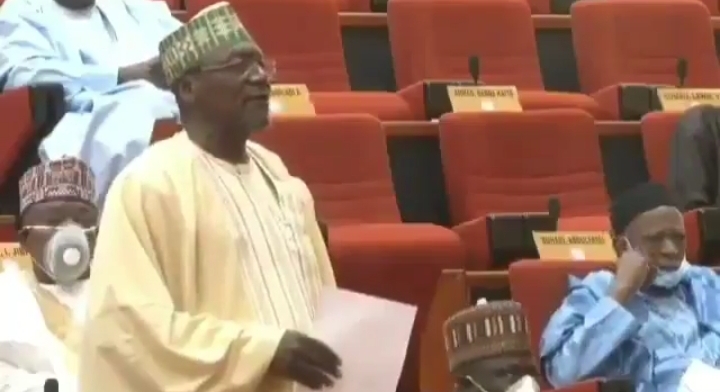 The Senator representing the people of Nasarawa West Senatorial District who is also the chairman of Senate committee on Agriculture removed his mask as the involuntary action happened and quickly put the mask on immediately after noticing the reaction from other senators .

Inside the video, some senators can be seen adjusting their face masks properly while others burst into laughter prompting the Senate leader, Yahaya Abdullahi who was addressing the chamber to halt his speech a few times.

Nigerian doctor tests positive for COVID-19 in New York, pleads for others to stay at…

Naira Marley, Gbadamosi and wife granted bail; to be arraigned in court today

4,500 Nigerian musicians to get N11,000 each as Coronavirus relief fund from COSON

‘Funke Akindele is suffering the consequence of not attending her late father’s burial’, Man claims

Veterinary doctor warns people that pets can pass Coronavirus between…