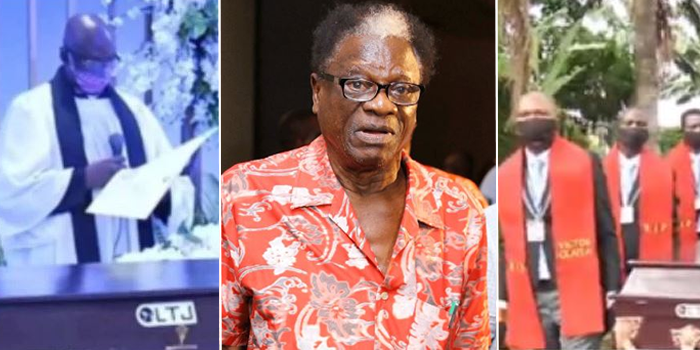 Music icon, Late Victor Olaiya who died on Februrary 12, 2020 has finally been laid to rest today 7th of May at the Vaults & Garden Cemetery, Ikoyi, Lagos.

Recall that the legend died at the Lagos University Teaching Hospital (LUTH), Lagos after suffering from a brief illness.

Here are pictures from his burial; 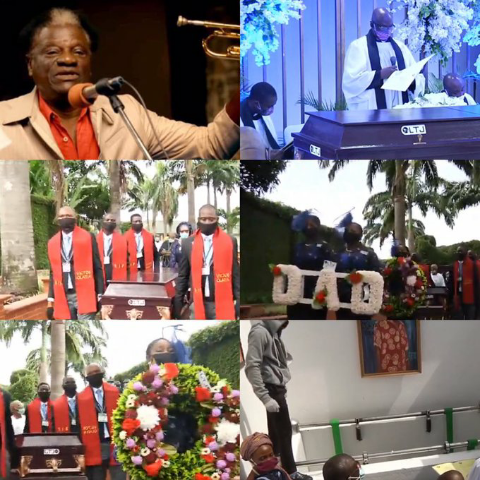 Victor Olaiya was born on 31 December 1930 in Calabar Cross River State, the 20th child of a family of 24. His parents, Alfred Omolona Olaiya and Bathsheba Owolabi Motajo, came from Ijesha-Ishu in Ekiti State. Olaiya came from a very rich family. His father’s house, Ilọijọs Bar, stood at 2 Bamgbose Street, Lagos Island, until it was demolished in September 2016.

His musical style was influenced by James Brown, with horn parts harmonised in Brown’s style, as opposed to the mostly unison lines of Afrobeat. The music includes the swinging percussion of Tony Allen, but not the syncopated style that Allen later pioneered. Olaiya released an album with Ghanaian highlife musician E. T. Mensah. Both the drummer Tony Allen and vocalist Fela Kuti played with Olaiya and went on to achieve individual success.