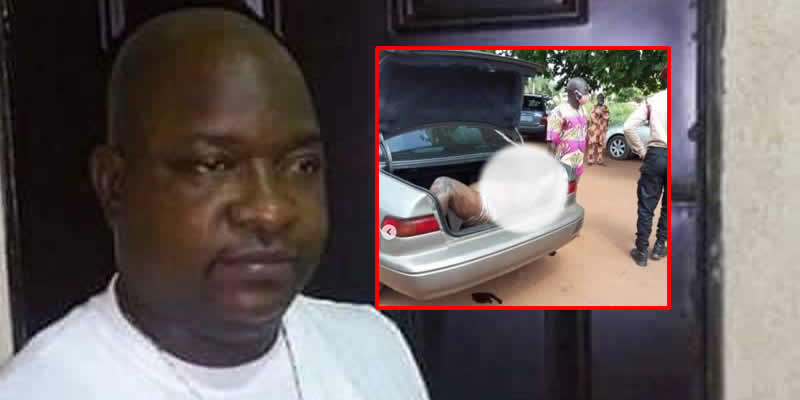 Ogun Hotelier, Jimoh Bello found dead in his car trunk days after he was declared missing

Alhaji Jimoh Bello, the Owner Of Uncle J. Bee Hotel, located at 168, Lagos-Idiroko Road, Owode, Yewa South Local Government area of Ogun State, who was declared missing on Monday, 18th May, 2020 has been found dead in his car trunk along Owode Idiroko Road area of the State.

His daughter on Monday had cried out over her father’s sudden disappearance, she took to Twitter to make the disclosure, saying her father left home with a Toyota Camry with ‘Texas’ plate number and never returned, She gave his name as Alhaji Jimoh Akanbi Bello popularly known as Uncle JB.

MISSING!
My Dad left Owode Yewa for Idiroko Ogun State around 8:30pm to 9:00pm, with his new silver Toyota Camry that has a foreign plate number "Texas"
Please If found, report to the nearest Police station arnd U or call 07010248051,07035951402#PastorOsagieIzeIyamu#BiafraExit pic.twitter.com/L4oG0Iwjbs

Bello was reported to have left his house in Owode, telling his wife and children that he was driving to Idiroko around 8:30 to 9:00 pm on Monday, 18th May 2020. Never knew that would be his last journey on this surface of earth.

Alhaji Jimoh Bello was allegedly killed by unidentified people of the underworld and was locked in his Toyota Camry Boot along idiroko road.