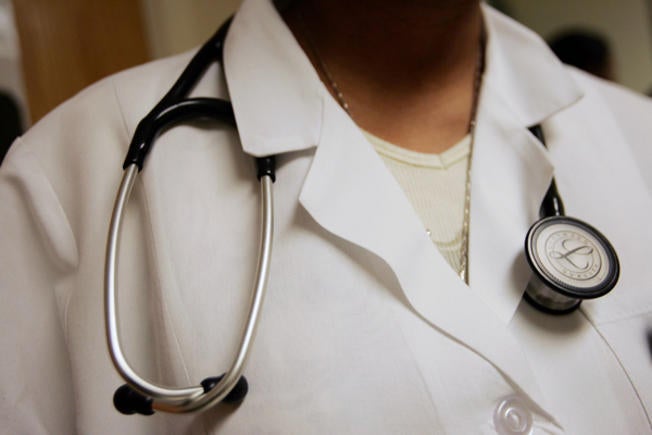 A female medical doctor has been allegedly assaulted by some operatives of the Nigeria Air Force (NAF) in Port Harcourt, the capital of Rivers state.

WITHIN NIGERIA learnt that the female doctor identified as Dr. Avwebo Otoide was manhandled, slapped and wrestled by operatives of the Nigeria Air Force and her phone eventually got damaged during the sad incident.

This incident was narrated by a journalist identified as Fisayo Soyombo via his Facebook page.

Soyombo said the doctor was later detained at the isolation centre.

He said: “NAF wants to cover it up but this injustice must be punished. Dr. Avwebo Otoide had just stepped out of her house and was walking along Ohiamini-Psychiatric Road, off Rumuola, when an officer disembarked from a light blue Hilux (patrolling with a light blue luxury bus), brandishing his gun and specifically pointing the barrel at her.

“He landed a heavy slap on her left cheek after she’d said she was a doctor. And even after presenting her ID card, his first utterance was: ‘Are you the first doctor?’ These were Nigeria AirForce men. What business did they have with land patrol?

“Just because she attempted to capture the incident with her phone as they made to leave, they returned to whisk her into the luxury bus, forcefully take her phone away damaging the screen in the process”.

He said at the isolation centre, the doctor was locked up by the police for refusing to surrender her phone adding that she was only freed after the intervention of the Rivers State Attorney-General following calls from the Nigerian medical Association (NMA).

He said: “In this COVID-19 season when healthcare workers are staking their lives for the safety of the rest of us, the least they deserve is to be treated with dignity, which, in any case, is what every human merits irrespective of social status.

“The Nigerian Air Force (NAF) must produce the officer who led the assault on Dr. Avwebo and make an example of him so that others all over the country who’re taking advantage of the lockdown to harass the public, particularly essential workers, can stop it. The assaulter may be anonymous but ‘Bass MO’ isn’t, unless the Air Force wants him to remain so.”