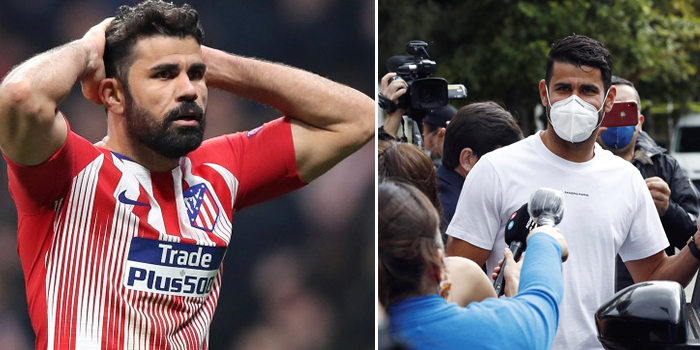 Atletico Madrid striker, Diego Costa, has been sentenced to 6 months in prison after he admitted defrauding the tax authorities in Spain.

According to Spanish newspaper, El Mundo, Costa pleaded guilty to a tax offence amounting to €1.1million.

The Spanish treasury denounced the 31-year-old for defrauding the authorities regarding €1m (£890,000) in image rights.

The tax agency added another fiscal crime to Costa before withdrawing and halving the fine.

In other news, Forbes has released its annual list of highest-paid celebrities and for 2020 with beauty mogul Kylie Jenner occupying the first spot on the list with $590 million.

Rapper Kanye West ranks second on the list with $170 million thanks to a majority of his ​earnings from his Yeezy sneakers deal with Adidas.

Sports star Roger Federer closes the top three with $106.3 million. This makes him the first tennis player to earn the top spot among athletes on the list.