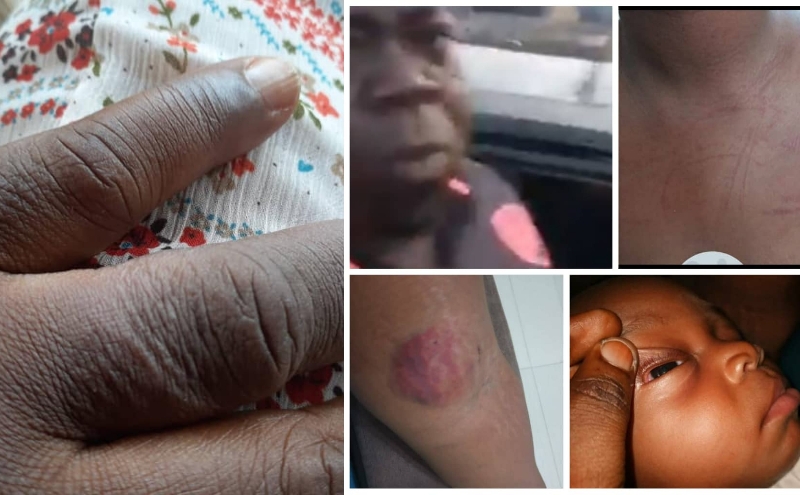 Barely 48 hours after report of a popular SARS officer known as “Idowu SARS” pulling up a handgun and allegedly beating up a nursing mother went viral, a 51-year-old woman who claimed to be at the incident has countered the new mum’s story.

The Executive Secretary of the National Human Rights Commission, Anthony Ojukwu demanded for justice for the nursing mother and her child which resulted into lots of controversy.

Narrating her own side of the story, the 51-year-old mother identified simply as Funmi maintained that the policeman never pointed his gun at the nursing mother and her child.

The woman said that the incident occurred at Oke Ado junction in Oyo state, following a traffic gridlock caused by the nursing mother and her husband who was driving on the wrong section of the road.

She disclosed that the policeman stepped down from the car he was in to ease traffic in the area but the much younger woman stopped her husband from moving his car as directed.

According to the older woman, she fought with the nursing mother after she tried filming her car’s number plate while saying a different thing from what was happening at the scene.

She also showed off the injury she sustained after allegedly being bitten by the new mum.

While disclosing her stand against police brutality, Funmi said she decided to come forward with the “right account” of what happened at the scene of the incident to save the innocent policeman who never committed an offence.

She also pleaded with Governor Seyi Makinde and other relevant authorities to send in a team to speak with some residents of Oke Ado to get an accurate eyewitness account of what happened.