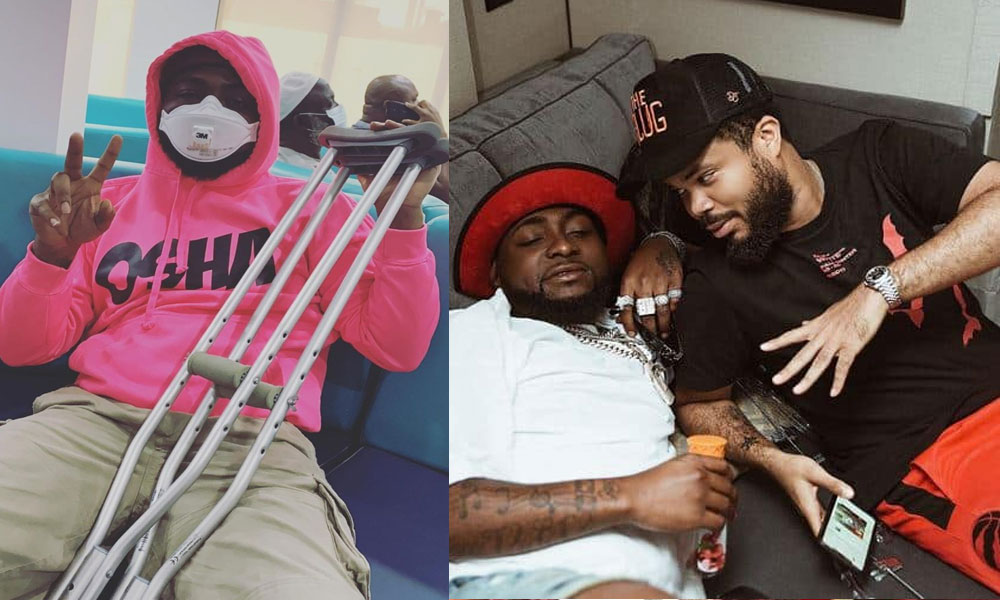 Davido’s manager, Asa Asika, has revealed that the Nigerian singer is now healing well after he reportedly sprained his leg.

Davido was earlier this week, seen walking with the aid of crutches and news made the rounds that he broke his leg while in a joyous mood.

However, the 27-year-old Afropop star, who recently moved into his new Banana Island house in Ikoyi, Lagos State didn’t disclose what had happened to him and his manager, in a recent interview stated that Davido is doing fine and there isn’t any cause for alarm as he soon be back on his feet.

“Davido is recuperating well. He’s resting his legs and he’ll be good. Nothing is broken. He just tripped; that’s all,” he said in the interview.

Meanwhile, the singer announced on Instagram that he was changing his phone number because he wanted to do ‘some cleansing’ and take care of himself.