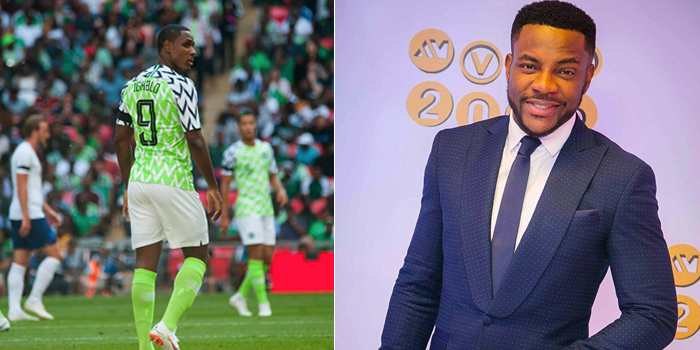 Popular Nigerian Media personality and TV host, Ebuka Obi-Uchendu, has asked Manchester United forward, Odion Ighalo, to chose between allowing comments on his Instagram posts or returning to the Super Eagles team from which he retired in June 2019.

The 37-year-old offered the options when he shared a 31st birthday message Ighalo on Twitter on Tuesday.

“Happy birthday @ighalojude. Oya open Instagram comments for us or come back to Super Eagles. Choose one today…,” he tweeted.

Happy birthday @ighalojude. Oya open Instagram comments for us or come back to Super Eagles. Choose one today. Thank you! #IghaloFC

In July 2019, Ighalo described his decision to retire from international football as “one of the most difficult career decisions”

He, however explained that he was doing it to concentrate on club football and give the younger players the chance to learn and grow.

In other news, Odion Ighalo, has revealed that he was called “all sorts of names” by an opposition player while playing in China. Speaking with Sky Sports, Ighalo further said he would walk off the pitch if he is racially attacked.