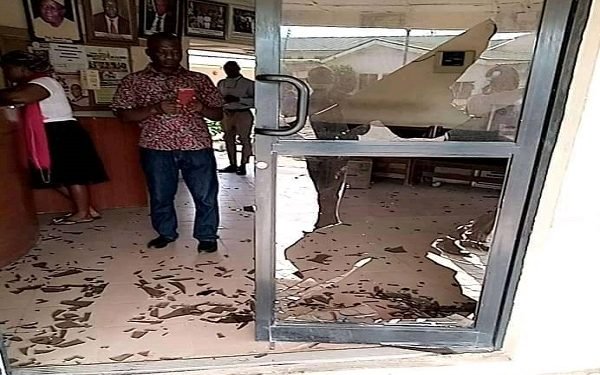 The Federal Medical Centre (FMC) in Lokoja, the capital of Kogi state was attacked by gunmen on Wednesday morning.

The gunmen allegedly carted away computers and other sensitive materials from the administrative department of the health institution.

WITHIN NIGERIA learnt that the gunmen invaded the hospital in large numbers, carted away laptops, vital documents and phones.

According to report, the unknown gunmen operated for about thirty minutes and left the scene with victims crying for help.

As at the time of reportage, efforts to get the response from of the  Kogi State Police Command proved abortive.

Recall that both the management of the FMC Lokoja and the Kogi State Government had slight misunderstanding over perceived differences on the latter’s stance on the COVID-19 pandemic.

The state governor of Kogi state, Alhaji Yahaya Bello has continued to hold on to the view that the Coronavirus disease remains a hoax while personnel at the medical centre appear not to be on the same page with him.

PHOTO: DJ Cuppy reveals what her idea of sexy is