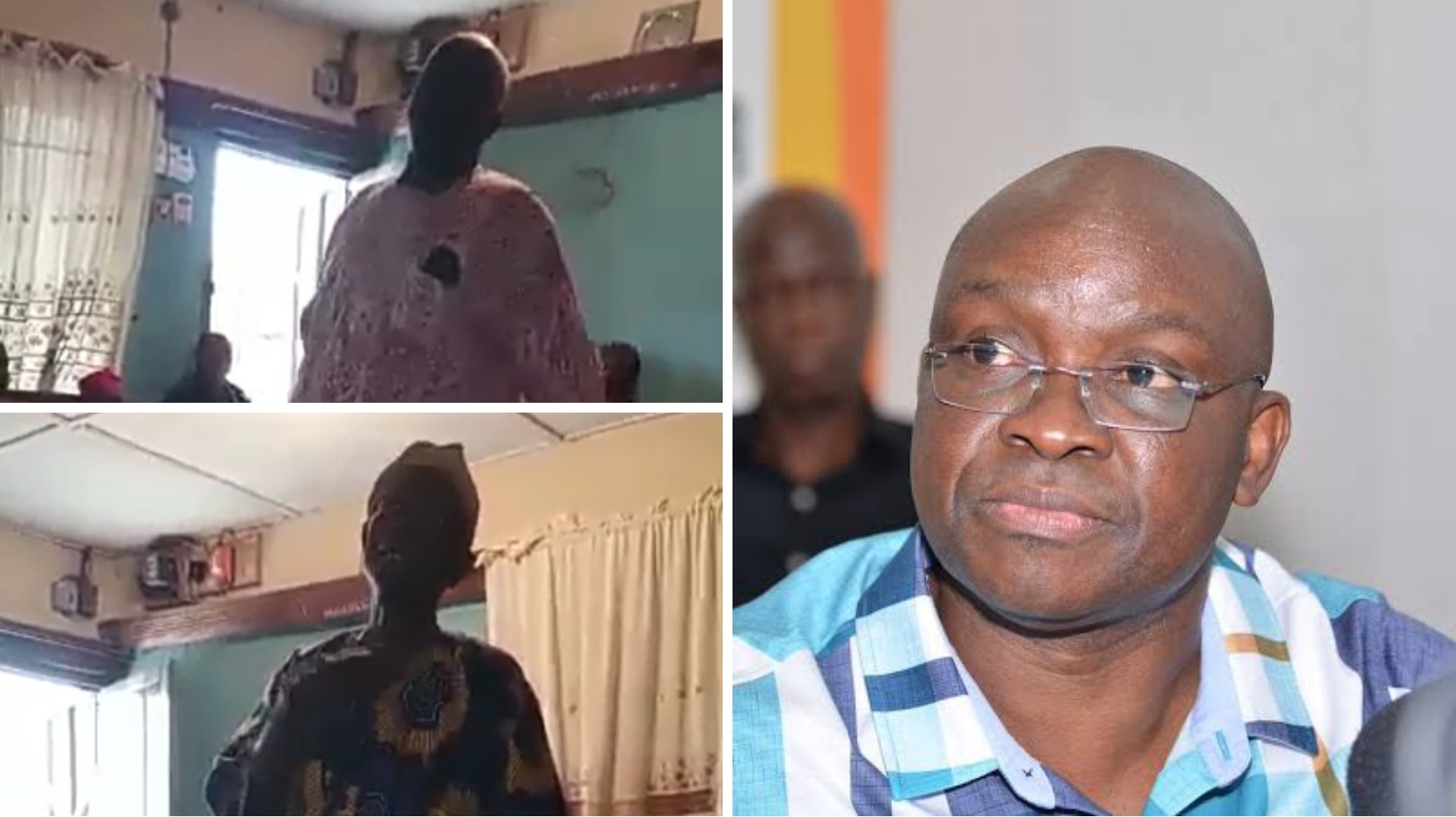 Drama ensued in Ekiti State during the week as political camp of the former governor of the state, Mr. Ayodele Fayose, was enmeshed in a secret oath-taking scandal ahead of the party congress.

In a video that circulated on the social media the Peoples Democratic Party (PDP) ward executives in Ijero Local Council of the state were subjected to secret oath-taking.

They were caught in the Video swearing and cursing themselves that they would die if they betray the former governor, Fayose.

Although the PDP members who were cursing themselves in the course of swearing to the oath did not mention Fayose’s name personally, they merely referred to him by his political nickname of “Oshoko.”

It was learnt that the move was to prevent the loyalists from shifting allegiance and moving to Senator Biodun Olujimi’s ‘repositioning group.

But reacting to the alleged oath-taking, Fayose, who spoke through his media aide, Mr. Lere Olayinka, denied that there was any oath-taking. He said: “Did you see Fayose in that video? Did you see any object like Bible, Quran, Iron. If no, how does that amount to oath-taking?

“When people gather to express their allegiance to their leader, how does that amount to oath-taking. I can tell you that the video was not leaked; it was released by one of the people there. If they have done something wrong, would they have released it?”