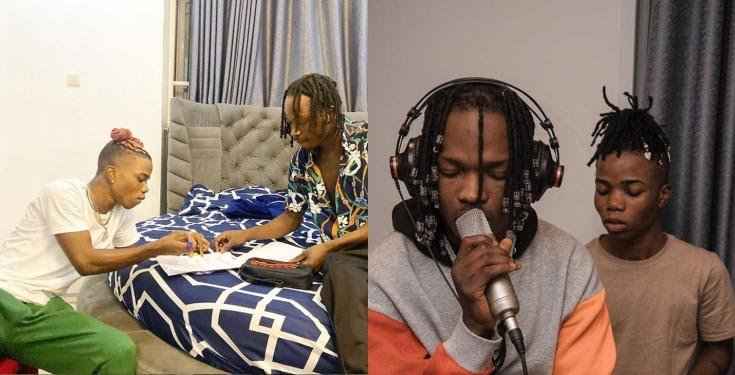 In January, Marley had launched his own label with the signing of four artistes—Zinoleesky, Mohbad, Cblack, and Fabian — during a massive concert themed ‘Marlian Fest’ in Victoria Island, Lagos.

On Tuesday, Marley took to his Twitter page to share a picture of Lyta with a document that appears to be a record deal, with the caption:

Reacting to the development, Lyta wrote:

“I’m so excited to be joining my new family Marlian music, thank you my President @nairamarley for giving me this amazing opportunity.”

I’m so excited to be joining my new family Marlian music, thank you my President @officialnairam1 for giving me this amazing opportunity💛 pic.twitter.com/nAOt00NX8H

Explaining why he left Olamide‘s record label in 2019, Lyta had said he was given a music release calendar which was inconsistent with how often he intended dropping new songs.

“When we want to drop new songs, we do so in a group of five. I was dropping my songs and they were talking about a calendar of some sort that I knew nothing about,” he said.

“I couldn’t always have to wait that long before dropping songs for my fans. That was why I made the move to leave the label. Olamide treats me well.

“He takes me like a son and taught me lots of stuff, told me I had to hustle. While I’ve been there, I’ve been okay with the family. But for the good of my music career, I decided to move.”

“I don’t have any deal with YBNL or Olamide. Olamide saw me on the street and helped me. I don’t have any written contract with him… YBNL and Olamide will always be part of my story.