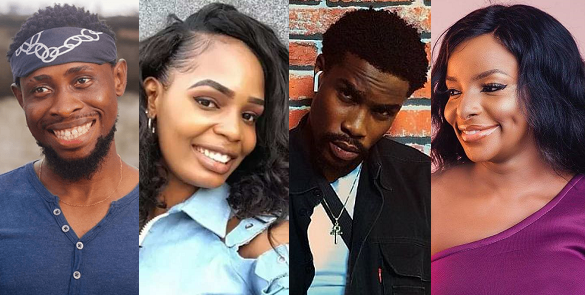 #BBNaijaLockdown: See How Viewers Voted For Their Least Favorite Housemates

Following the eviction of BBNaija, 2020 ‘lockdown’ housemate, Kaisha, details of how Nigerians voted for their favorite housemates have emerged.

Kaisha was evicted during the Sunday night eviction show, having scored the lowest votes by viewers and highest nominations by housemates.

All housemates except Kiddwaya and Erica were up for possible eviction this week.

However, the organiser of BBNaija has promised to make available the full list of voting details later this night.

Here is a breakdown of how viewers voted for nine housemates:

In another gist, evicted Big Brother Naija housemate, Kaisha has expressed hope for a relationship with Neo.

Kaisha, who was evicted on Sunday, was the only housemate and fifth person to leave the fifth edition of BBNaija show.

Recalled that Praise on Saturday night told Wathoni that he saw Neo and Kaisha together in the bathroom.