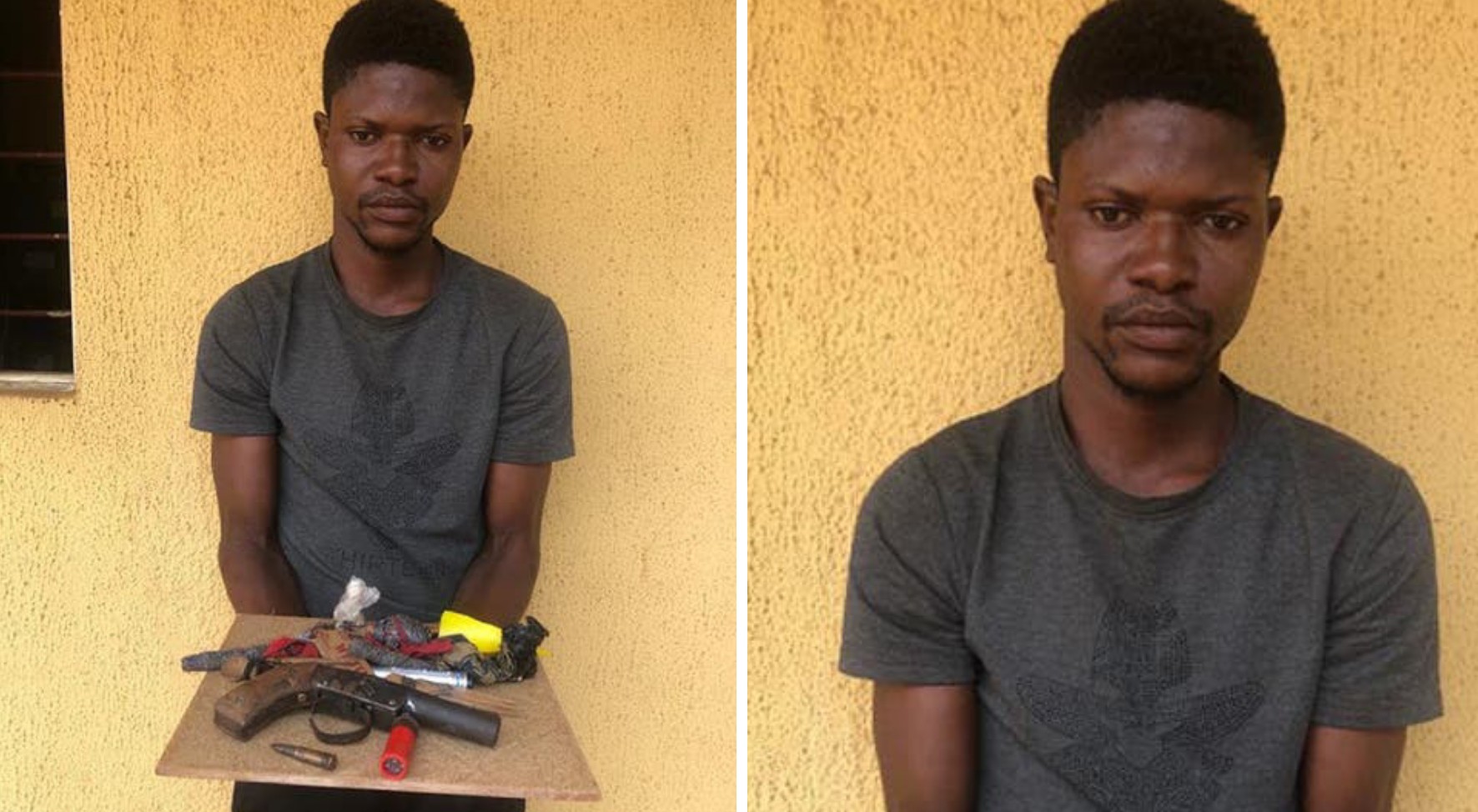 The suspect was arrested last week Thursday at about 12 noon when the DPO of Ilaro Division, CSP Olayemi Jacob was on routine patrol with his men along Idogo road and sighted the suspect who had been on the wanted list of the command for quite some time on a motorcycle.

He was intercepted and subsequently arrested.

A search was conducted on him on the spot and the following items was recovered from him; one locally made pistol, one live cartridge, one 7.65 mm live ammunition and assorted dangerous charms.

The suspect, according to a release by the Police Public Relations Officer, DSP Abimbola Oyeyemi has confessed being a member of the dreaded Eiye cult group, adding that the group was responsible for series of cult clashes within Ilaro and its environs.

Meanwhile, the Commissioner of Police, CP Edward Awolowo Ajogun has ordered the transfer of the suspect to the state criminal investigation and intelligence department for discreet investigation and prosecution.

The CP also warned that violent cult group will not be allowed to fester in the state under his watch.

He called on any of the cult members who is willing to denounce his membership to come forward, saying that such members will be given amnesty.