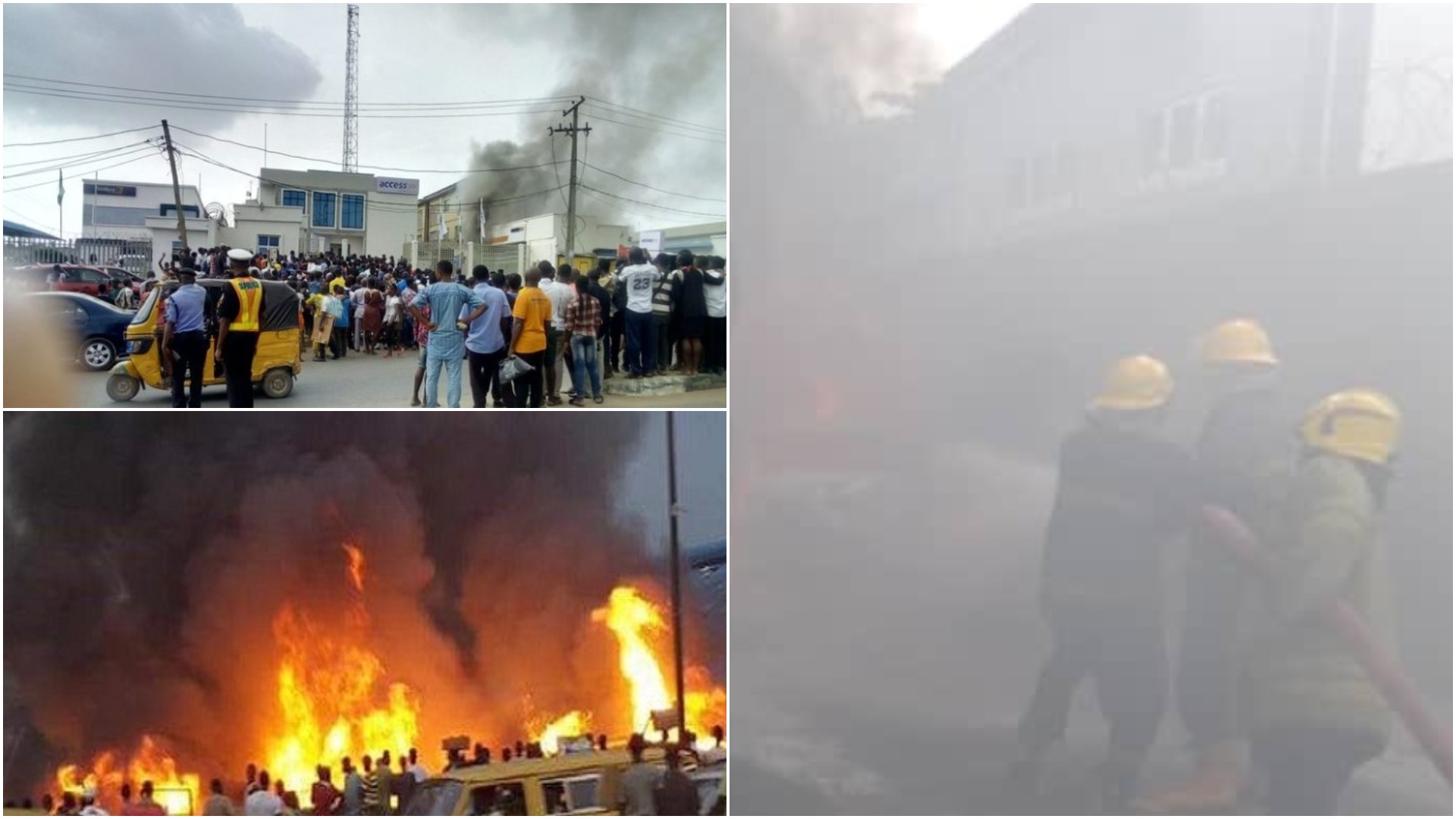 Unconfirmed reports say a tanker marked AKD 637 XP laden with what was presumably diesel was at the premises of the bank to discharge its product for the bank’s generator use.

In the process, an explosion from a yet-to-be-identified source occurred, igniting a massive fire, which soon spread to a neighboring bank’s building.

The raging fire was captured on cameras by pedestrians from the road and people in surrounding buildings.

The fire from the tanker reportedly consumed a car with registration number AKD 234 FA parked within the bank premises.

WITHIN NIGERIA learned that firefighters are currently battling to put out the blaze.