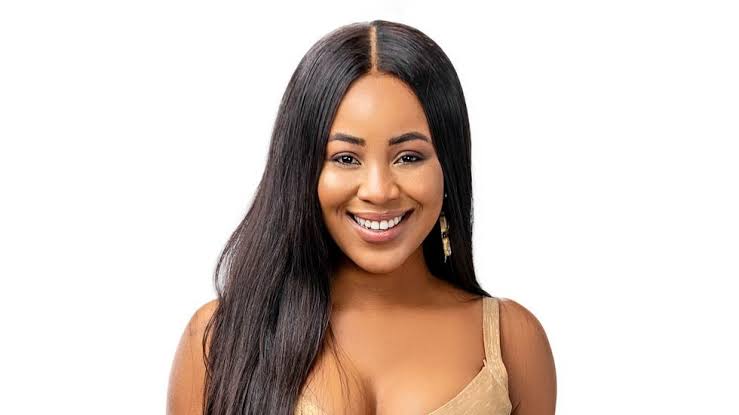 Erica has just been disqualified from the Big Brother Naija lockdown House.

Erica Nlwedim was on Sunday evening disqualified from Big Brother Naija House for flouting multiple house rules, including defacing Big Brother property and making the same unavailable for the use of another housemate.

She was asked to leave the house immediately.

She was disqualified on account of breaking the house rules repeatedly and bullying.

Erica, in her eighth week in the Big brother house happened to be the head of house two times throughout her time in the house.

The budding actress was involved in a one-sided altercation with fellow housemate and former friend Laycon. Big Brother also accused her of trying to engage production crew.

Biggie played the video on Sunday night, and highlighted all the rules she broke due to her tantrums last night.

“Your action demonstrated disrespect for Biggie house rules despite the responsibility as Head of house to lead by example,” Biggie said.