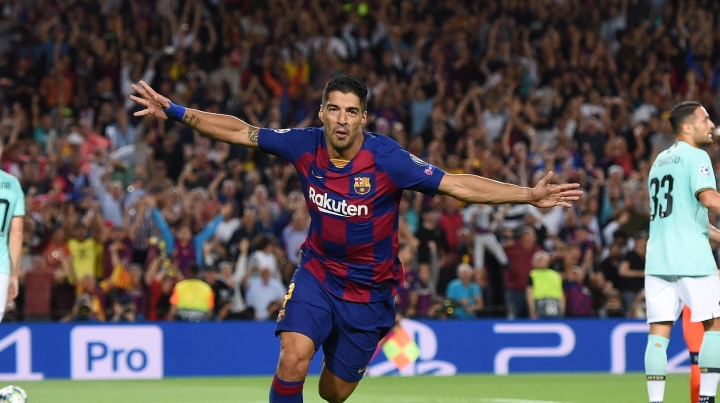 Luis Suarez has reportedly now agreed everything with Juventus and will sign for the Serie A champions this summer.

Barcelona’s new manager Ronald Koeman is intending to refresh their squad and has already identified many players he wants rid of before October’s transfer deadline.

The most high-profile of these is Luis Suarez, who was told he is not needed next season and must now leave Camp Nou.

Since this news emerged ten days ago, the Uruguay forward has been in talks with Juve.

And now, according to Guillem Balague, he has agreed terms to join them on a free transfer – or perhaps for a nominal fee if he can negotiate his release.

Suarez has one year left on his Barca contract, with an extension clause that would see it last for an additional year if he played 60 per cent of their matches next season.

It’s understood he’s happy to be paid off with just one season’s wages.

VIDEO: 'This is for my wife and kids' - Kizz Daniel builds new mansion on the seaside, announces new single

Why we burned N194bn worth of cocaine - FG

VIDEO: 'You must arrest me' – Man confronts bank staff after N180k mysteriously disappeared from his account

"This reminds me of..." - Jnr Pope reacts as spiritualists storm police station for arresting their drummers