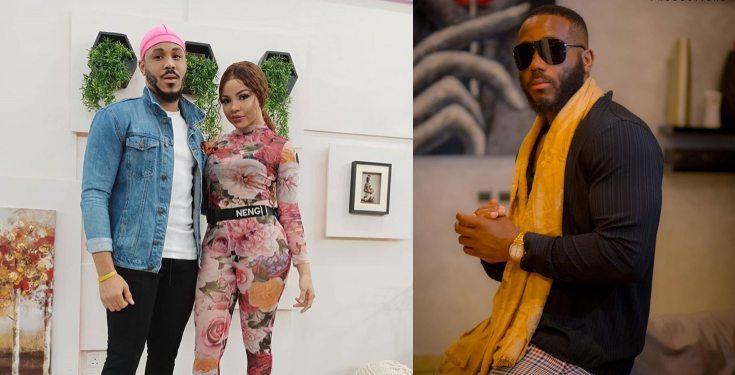 #BBNaijaLockdown: ‘Make sure she avoids me’, Kiddwaya tells Ozo to caution Nengi

Big Brother Naija housemate, Kiddwaya has angrily warned Nengi to avoid him after she playfully threw bottle at him.

A visibly annoyed Kiddwaya couldn’t take it anymore after Nengi repeatedly threw a bottle at him, as he complained to Ozo and told him to tell Nengi to avoid him.

Ozo: “Kidd, but it’s been you both since day one”

Kidd: “But E don reach. Why throwing the bottle at me how many times. Will she try that outside the house?
Make sure she avoids me.”

Kidd to Ozo About Nengi : If that was a boy I would forking broke his nose, Kiddwaya to Nene 2020. FOLLOW ME I FOLLOW BACK. Mason greenwood, Regina Daniels, EFCC #BBNaijaLocdown2020 pic.twitter.com/EKs3Wnhy1a