Nollywood actress, Chika Ike has finally cleared the air on reports of her plans to become the 7th wife of billionaire Ned Nwoko.

Recall that in a video that went viral over the weekend, Regina Daniels mother, Rita was said to have allegedly accused and warned the 34 year old to stay away from her daughter’s husband, adding that she would seek spiritual help if she doesn’t desist.

Well, Chika Ike has debunked the rumour and denied claims that she is planning to be Ned’s 7th wife.

The talented actress made this known when one of her followers on Instagram asked if the alleged claims were true.

According to Chika, she would never agree to be anyone’s 7th wife. 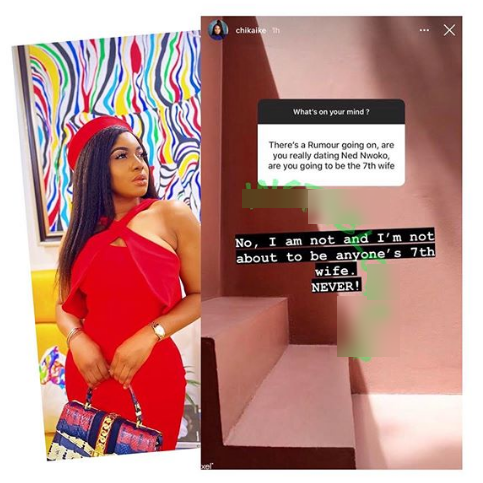