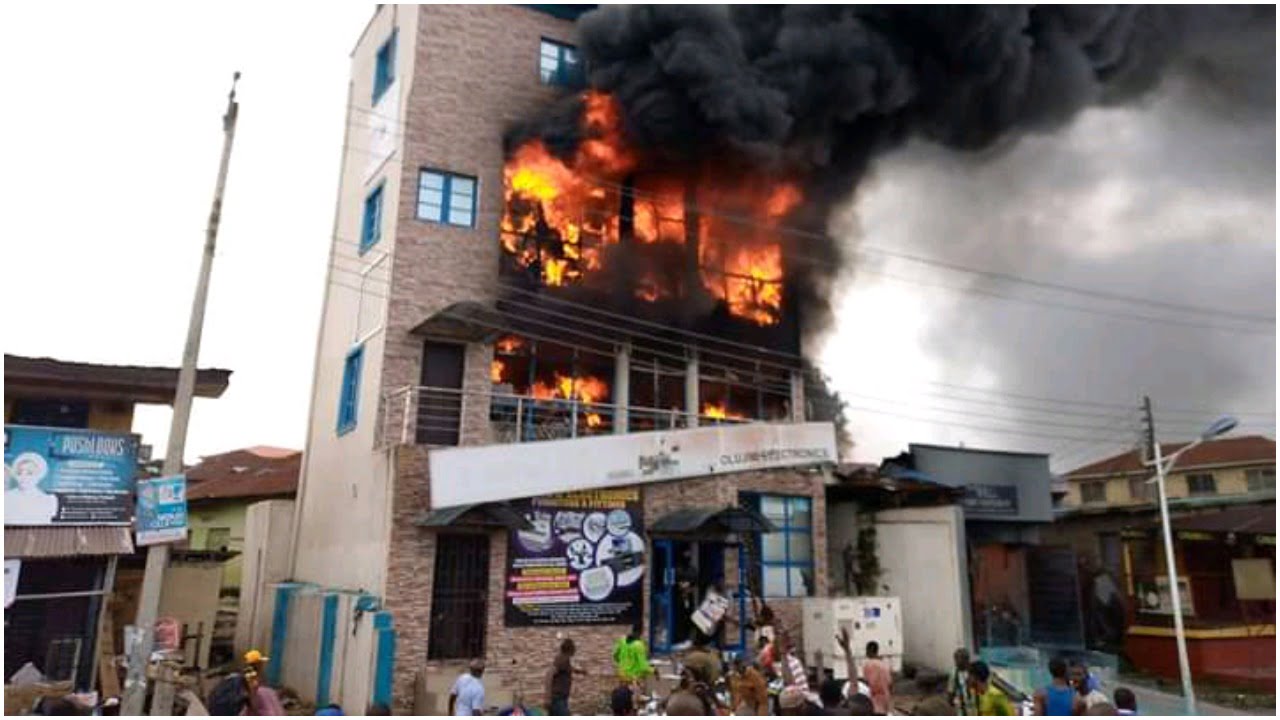 WITHIN NIGERIA learnt that the fierce fire incident started on Sunday morning around 6am. The inferno consumed goods such as numerous electronics, electrical appliances and other households items, that worth millions of Naira, before it was finally quenched by the State’s fire service.

According to reports, the early morning fire emanated from a painting shop at the ground floor of the building.

It was gathered that thick black smoke coming out of the building was said to have attracted the attention of passersby and residents in the Totoro area.

Ogun State Fire Service was contacted immediately and succeeded in putting out the fire. 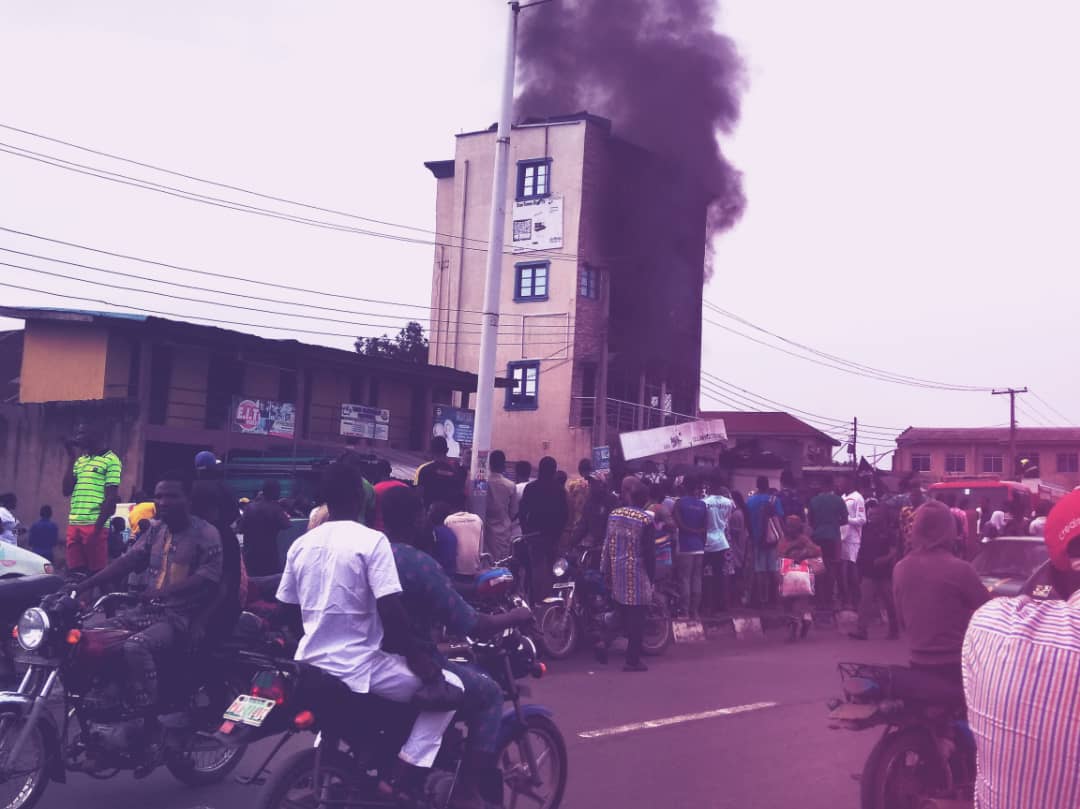 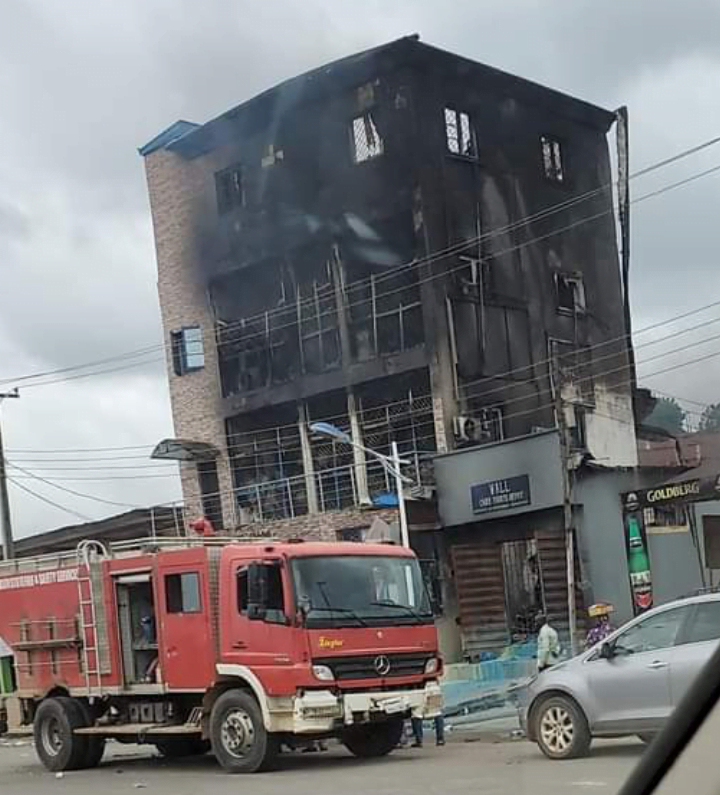 The State Director of Fire Service, Engineer Fatai Adefala,  gave the cause of the fire as power surge, compounded by some combustible goods like paint stored in one of the shops in the building.

He said, “It’s a complex, a three-storey building where varieties of things are sold. What assisted the fire is the paint. They are selling paint in one of the shops and paint is a combustible material, which ignited the fire. No life was lost.

“As I am talking, we are still on ground trying to do a turner to make sure that the fire is totally out. But for now, the fire is under control.”