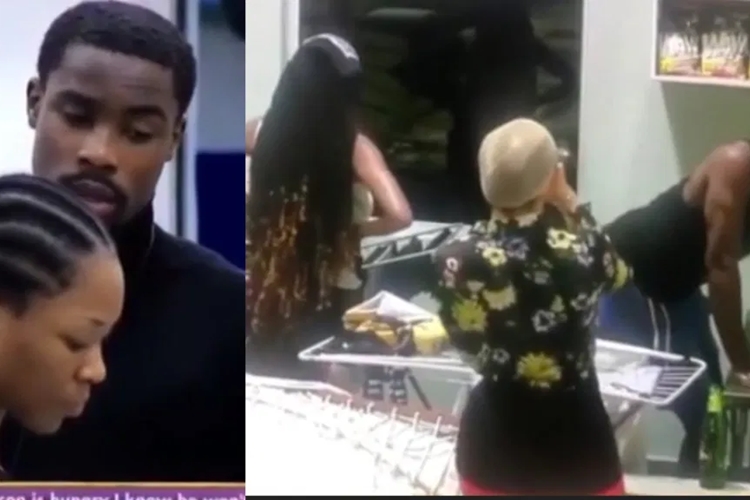 After the viral video that showed moments, BBnaija housemate Neo washed Vee’s pants, some Nigerian celebrities have defended him, for washing his lover’s underwear.

Nengi who was in shock after she saw Neo washing Vee’s pants after the Lipton task said Vee was a lucky girl to have a man like Neo wash her pants.

However, Neo’s action was criticized by Nigerians who described Neo as a disgrace to men.

But, Popular Nigerian On-Air personality, OAP Dotun in defense of Neo took to his Instagram, saying there was nothing wrong in washing a lady’s pants.

He wrote: “There is nothing wrong in washing a woman’s pants if she washes your boxers too.

“We need to start leaving all these archaic way of seeing things. It is double standard if she washes yours and you cannot wash hers.

Also, Comedian Funnybone agreed with Dotun, adding that he would willingly wash his partner’s pants.

“She does not necessarily need to wash mine in return. I will willingly and effortlessly do it for my partner. It’s no big deal honestly, ” Funnybone wrote on Instagram.

Toke Makinwa on the other hand wrote on her Twitter page “Now looking for who will wash my pants.”