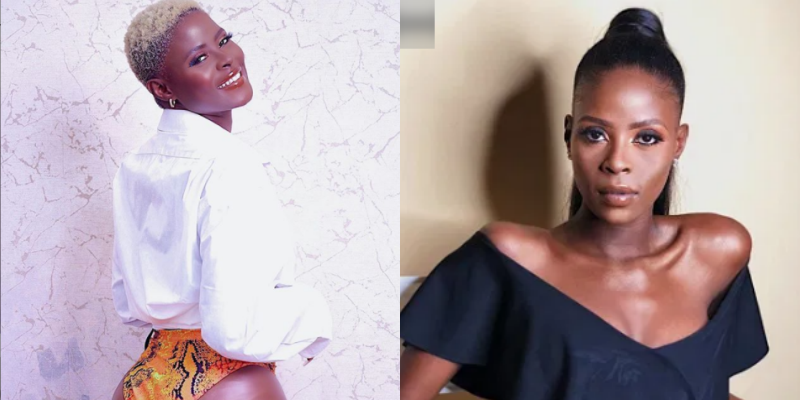 Khloe, a former Big Brother Naija 2018 housemate, has come out to correct the notion that she had a butt enlargement surgery.

According to her the surgery she had was to reduce the size of her butt.

The reality star took to her snapchat to reveal that that she had a butt surgery to reduce the size of her backside as she considered it too big for her.

She further explained that people always fail to believe that she had a butt reduction surgery.

“Just so hard for you guys to believe, it was a removal not addition. But anyways.. yen yen yen”. 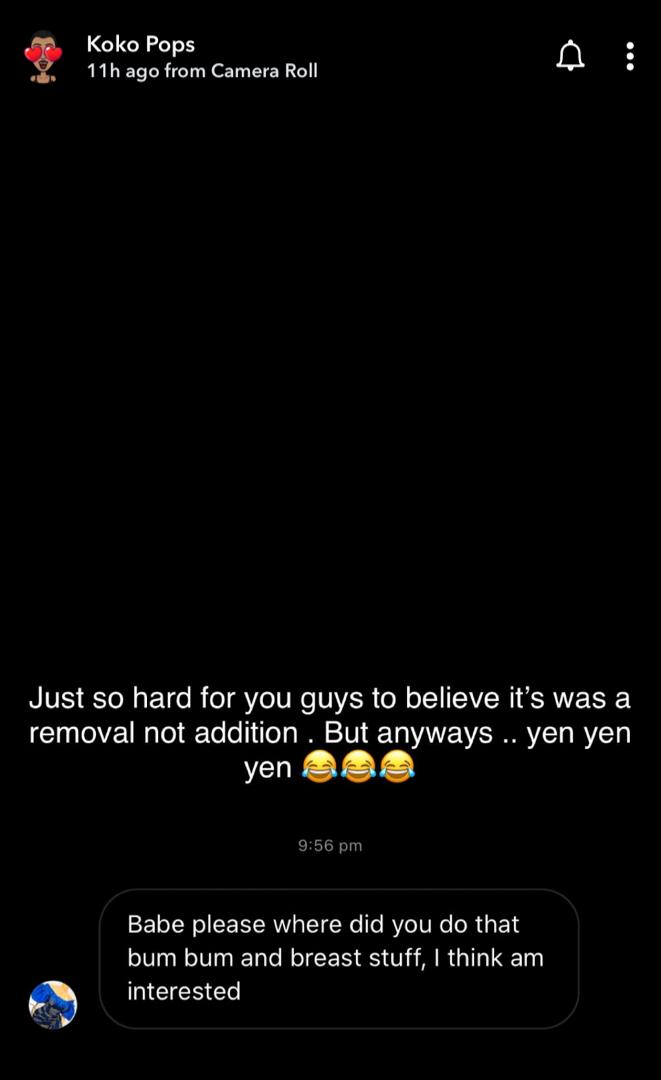 Recall that, the entrepreneur, who recently went under the knife to enhance her curves, was filmed in a new video bragging about finally getting her perfect body shape.

According to Khloe, “her collarbone is on point, her boobs are full, waist snatched, ass fat and hips are legit.

She confirmed that she had a butt implant to enhance her backside early this month, however with all the physical features she mentioned, there are speculations that she might have worked on other parts of her body.