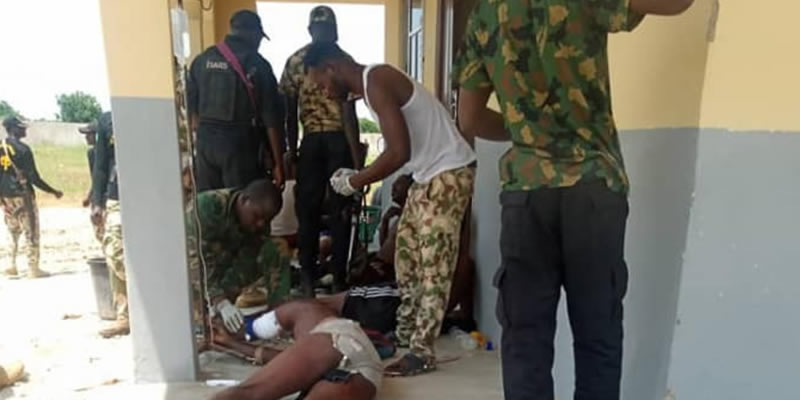 Two days after the ambush on the convoy of Borno State Governor, Babagana Zulum, on on Friday September 25, left about 30 persons dead, photos of victims and deceased comprising of soldiers, policemen and CJTF operatives have emerged online.

WITHIN NIGERIA had reported that the governor’s convoy was said to have been attacked between Monguno and Baga areas of the state, leaving no fewer than 15 operatives killed immediately and a death toll risen to 30 few hours after the Boko Haram ambush.

A Commander of the Civilian JTF, Muazu Alhaji Misiya on Sunday, September 27, posted photos of the security operatives killed and wounded in the attack.