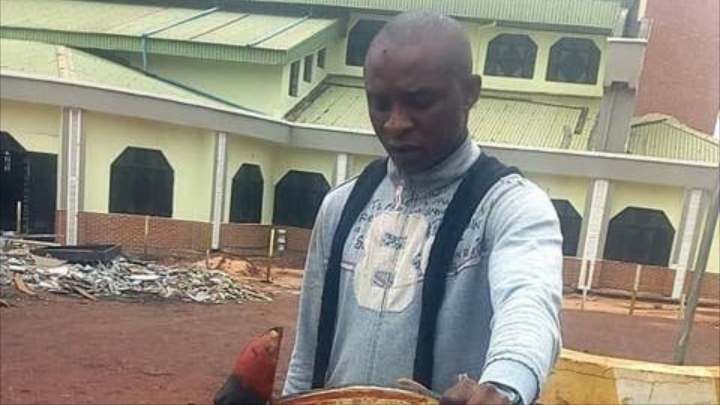 Police in Enugu state have apprehended a middle-aged man simply identified as Donatus for arresting a communal deity he allegedly accused of tormenting his community with poverty, failure of businesses and lack of marriage for eligible bachelors.

WITHIN NIGERIA learnt that the middle-aged man identified as Nnajiofor Donatus was motivated to remove the deity by an unnamed higher force.

While blaming the deity for the level of poverty in Ibeku Opi, Donatus also added that he crashed out of his thriving honey business job in Anambra State, returning home with nothing to show for his efforts.

According to VANGUARD report, onlookers who were frightened at the sight of the man and the deity.

Onlookers observed that he showed strange behaviour and barked whenever anyone gets close to him.

He was said to have acted violently to anyone who tried to stop him from gaining entrance to Okunere adoration museum at St. Theresa’s Catholic Church, to liberate Ibeku Opi community out of the fetish powers of the deity.

Enugu lawyer narrates how policemen tortured, brutalised him over N50… 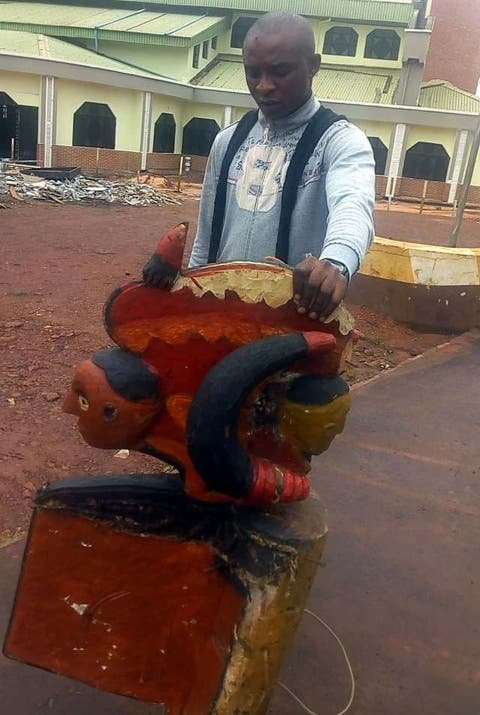