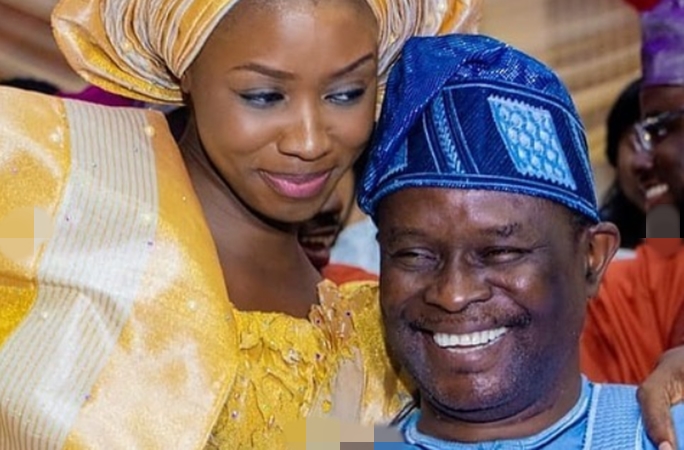 The proud father and Christian filmmaker who shared photos from the event, wrote on Instagram;

DARASIMI AND LAWRENCE TRADITIONAL WEDDING.
The Lord made it great for us. The Lord fought down His glory over us.
It was Awesome and Glorious. 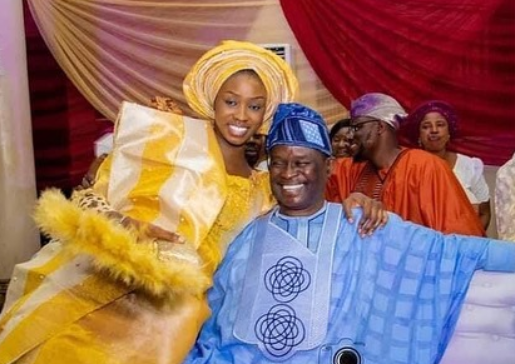 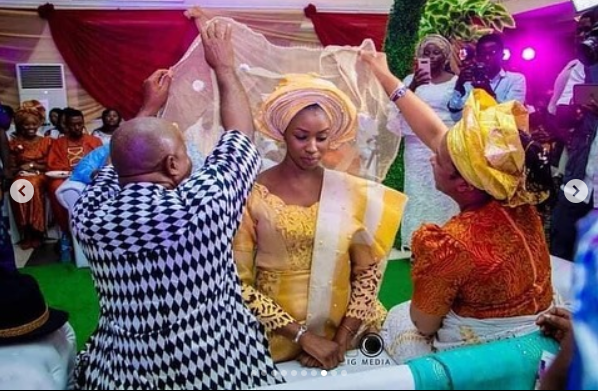 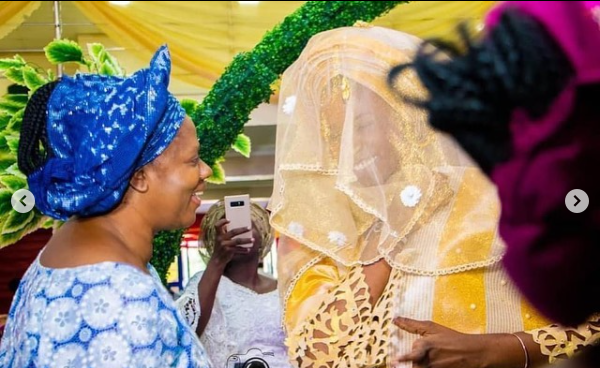 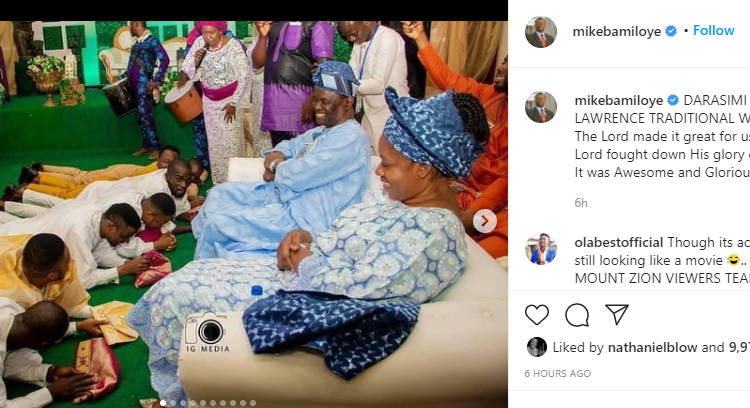 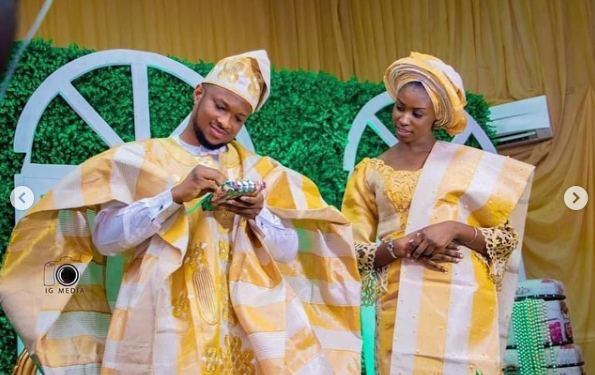 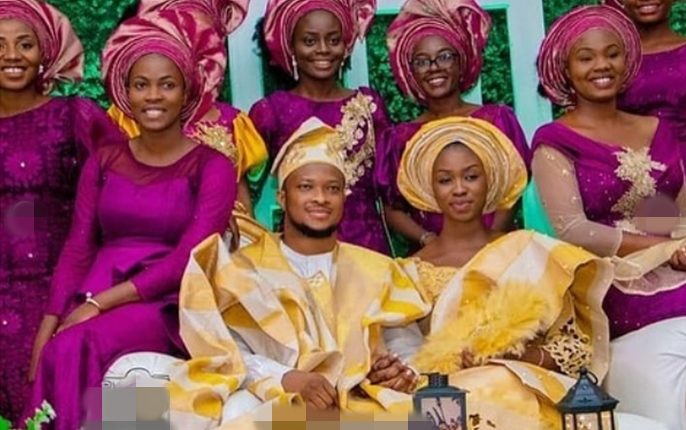 In other news, Nigerians on social media have reacted to gospel actor, Mike Bamiloye’s touching wedding anniversary birthday message to his children.

In the wedding anniversary message, the movie maker and evangelist revealed that he had nothing when he got married to his wife, Gloria.

Sharing a pictures of his wife on their wedding day, the 60 year old man wrote;

“THROWBACK: OCTOBER 7TH, 1988, ENGAGEMENT DAY. Very Innocent and humble girl. Age: 24 Years Old. The man she said she would marry had no tangible job but acting of drama up and down. The families were so skeptical and would have rejected this plan, but these young boy and girl said hey wanted to marry. This girl was entering into a future which only God knew. Me: 28 Years Old. Full time drama minister and no other job.”

He further wrote “Owing my Landlord about nine months house-rent at the time I entered into full time ministry. It was Families who rose up to support this wedding o. Because, me, I had nothing. No money, no nothing. It was my Big Sister who rented our first house for us, so that we would not come and be living in her house.

And it was my wife’s Uncle who gave a little money to do some little things.It was my Best Man who bought my Suit, Shirt and tie. It was my Wife’s Aunty who sent us the Shoes I wore from America. It was one of our ministry members who gave us the money we deposited for the Wedding gown, because we had gone to three places where we wanted to rent a Wedding Gown for N500.It was the money we saved we used to deposit for our furniture for the living room. Forget about bed.

A mattress was good for us for the first five or six months.It was all the money gift we were dashed on Wedding Day we used to balance some debts and outstanding of the WEdding. So, the following Week on Saturday, when we were going to meet the rest Mount Zion brethren in Ilesa for drama ministration, GLORIA and I stood beside the road waiting for miracle of a car lift to Ilesa, because there was no money on us again: A WEEK AFTER WEDDING!If you see what this Innocent Girl has passed through in the hand of a man who had no tangible job in hand, but to be acting drama up and down…Well..”

And even till yesterday…Even up till Today and Tomorrow and Even till Saturday the Wedding Ceremony of our last Child….She will still follow till Jesus Come and till Rapture and till Millennium Era and Eternity. God bless This Young Innocent Girl, For still Following this Man around Up and Down!And two days time, I am taking her daughter to the front of the Altar to be married. Tomorrow is her Engagement and she will dress the way this innocent girl dressed 32 years ago. Happy Wedding Anniversary!”