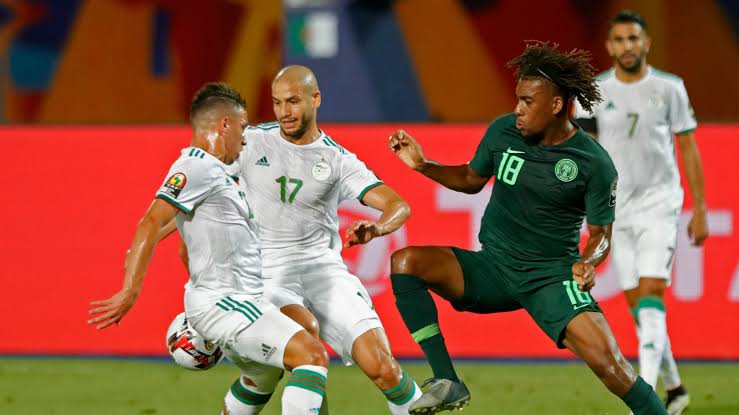 Super Eagles of Nigeria again lost to the Desert Foxes of Algeria, the second in 14 months, as Ramy Bensebaini lone strike settled a largely tepid affair at the Worthersee Stadion in Klagenfurt, Austria in an international friendly match yesterday.

Coach Gernot Rohr-led Eagles had lost 1-2 to Algeria in the semifinal at Egypt 2019 AFCON in July last. Many Nigerians were expecting the Eagles to use the friendly in Austria yesterday to pay the Algerians in their own coins.

Bensebaini reacted sharply to turn a loose ball home after his initial header from Riyah Mahrez’s corner kick was blocked.

Rohr made use of some new players he was looking to play their way into the heart of the national team.

Everton midfielder, Alex Iwobi showed some flashes in the opening round of the match, but his efforts were not good enough to rescue a point for the Eagles.

Moses Simon, Kelechi Iheanacho, Ahmed Musa came in the second half, but the resilient Algerians refused to curve in.The Eagles will face Tunisia in another friendly match on Monday. Tunisia won 3-0 against Sudan yesterday.

Coach Gernot Rohr is using the friendlies to put his team in good shape for the forthcoming AFCON and World Cup qualifiers. The Algerians have a second game against Mexico in The Netherlands on Tuesday.

Meanwhile, Head coach of the Super Eagles, Gernot Rohr, has described their 1-0 defeat to Algeria as “a very good test”.

“This is a very good test for us. There are positives to pick from a tough game like this.

“Now we have to recover well and start to plan for the next game on Tuesday against another tough team,” Rohr told the Super Eagles Media Team.