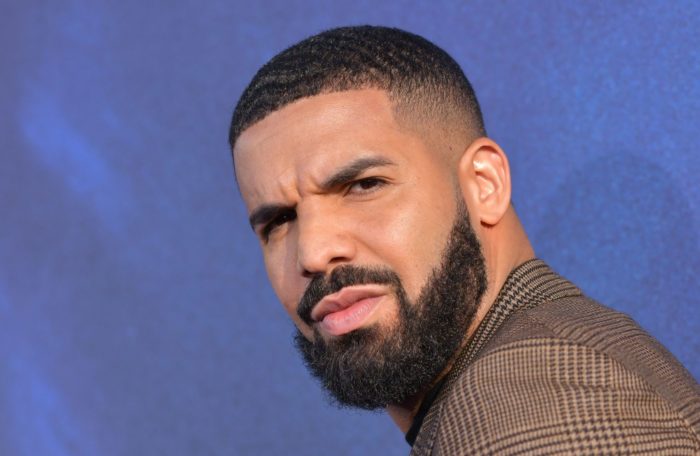 Drake is the latest international celebrity to lend his voice to the #EndSARS campaign which has gained global attention.

The Canadian rapper took to his Instagram story to re-share a post from Grace Ladoja calling for Nigerians in the UK to join an #EndSARS protest today at the Nigeria High Commission in London.

Other International celebrities who have tweeted about the #EndSARS campaign are Diddy, Trey Songz, Big Sean, Chance The Rapper, Nasty C and many others. 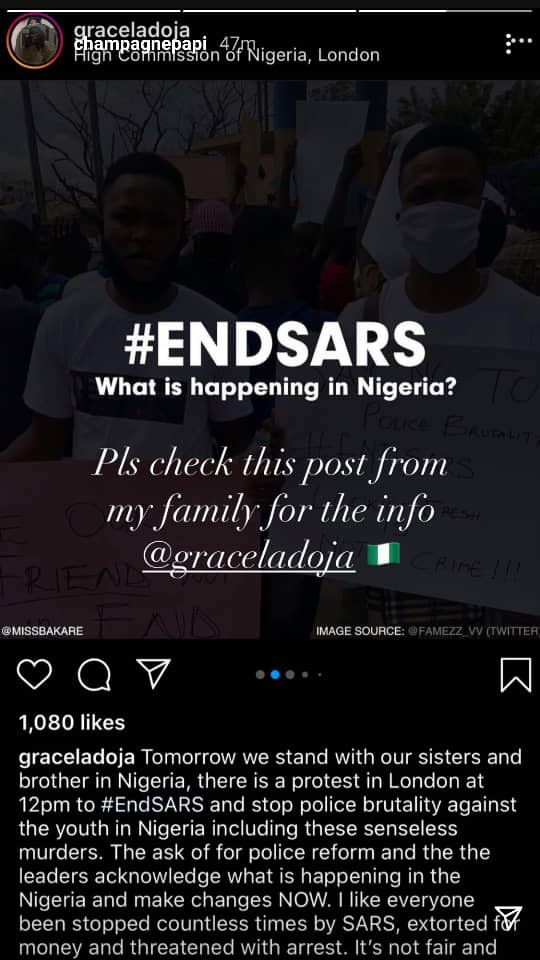 In other news, Muhammed Adamu, the Inspector General of Police has bowed to pressures and dissolved the Special Anti-Robbery Squad popularly known as SARS.

This is coming after several Nigerians including celebrities have shown their displeasure and protested over continued brutalities and killings perpetuated by SARS officials.

The dissolution of the unit was directed by the police boss on Sunday during a press conference at the Force Headquarters in Abuja.