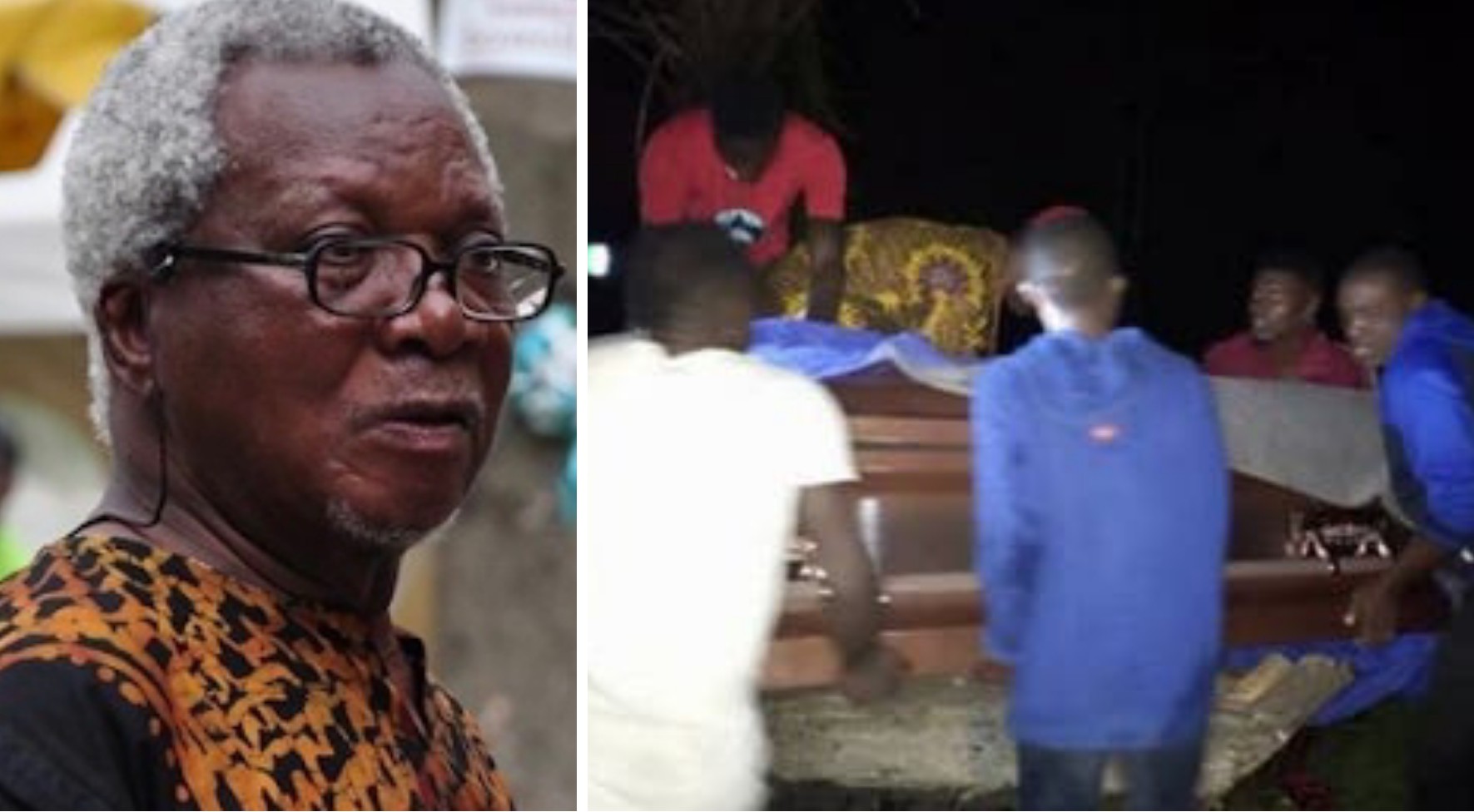 Body of late JP Clark laid to rest in Delta

The remains of Emeritus Professor of Literature, Prof. JP Clark -Bekederemo, have been buried in a solemn funeral at his Kiagbodo ancestral home, Burutu Local Government Area of Delta State.

The quiet burial held Thursday and laid to his grave at 11:30 p.m, exactly three days after his demise according to his last wish which included non-embalmment before burial.

JP Clark joined his ancestors at 85 on Tuesday, October 13 in a Lagos hospital after a brief illness.

His remains had earlier arrived Kiagbodo at about 8:48 p.m on Thursday before his burial rite commenced with the ferrying of his remains to his house along the Kiagbodo river by a wooden boat.

The brief funeral ceremony was attended by members of the Clark dynasty and a few folks from Kiagbodo in line with his request not to be crowded during his funeral.

He was said to have instructed his children before his passing to bury him within three days of his death in a quiet funeral devoid of a crowd.

It was gathered that his remains, kept in a brown-casket, arrived from Lagos through the Asaba International Airport before an ambulance of the Delta State government brought it to Kiagbodo.

A procession of mourners from Kiagbodo reportedly intercepted the body of the late poet, rendering elegiac folk songs of Ijaw to usher him back to the roots he had so much portrayed in his literary works.

Thereafter, a Christian service led by the senior pastor of Trinity House, Victoria Inland, Lagos, Pastor Ituah Ighodalo, who was represented by Pastor Jolomi Guoti and Pastor Ken Okochu, held with a disclosure that the late playwright met the Lord before he passed, adding that he was a gift to humanity.

The deceased’s eldest child and only son, Elaye Clark, justified and expressed joy at the hurried burial rite being the last wish of his father, commending Nigerians and the Clark family for the support and celebration of the renown literary giant.