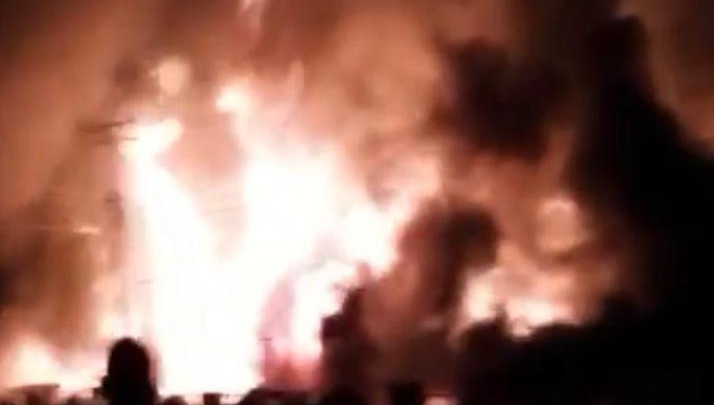 The building of the Nigerian Postal Service in Osogbo, Osun State capital has been gutted by fire.

The cause of the fire could not be ascertained as the time of filing this report.

Meanwhile, there was a tanker explosion on Otedola bridge, Lagos in the wee hours of Saturday, October 17.

WITHIN NIGERIA also reported that the Lagos State Police Command confirmed that no life was lost at the Saturday morning explosion that occurred on Otedola bridge in Lagos.

The Public Relations Officer, Muyiwa Adejobi, revealed that the accident was recorded about 2.30am.

BREAKING: NAFDAC approves AstraZeneca COVID-19 vaccine for use in Nigeria