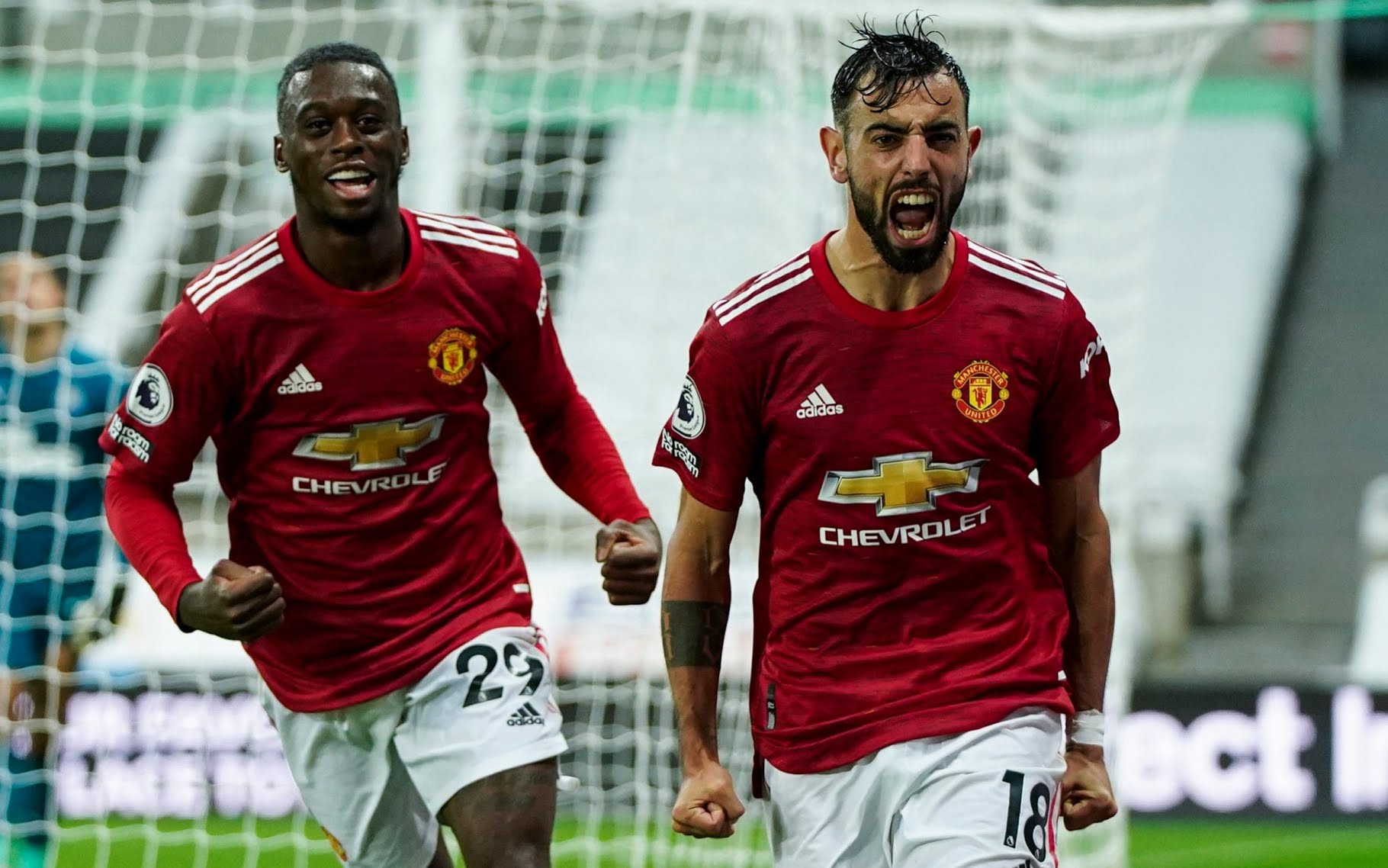 Manchester United bounced back from their humiliating defeat against Tottenham Hotspur as they thrashed Newcastle United 4-1 at St. James’ Park in the Premier League on Saturday.

Harry Maguire who it was reported would miss the game with injury, was in United’s starting eleven and was among the scorers.

Former Nigeria international Odion Ighalo was not in action as he was an unused substitute for Ole Gunner Solskjaer side.

Newcastle opened scoring in the 2nd minute after Luke Shaw diverter Emil Krafth’s cross into his own net.

The Red Devils were awarded a penalty on 61 minutes following a foul on Marcus Rashford but Bruno Fernandes saw his spot kick saved by Karl Darlow.

With four minutes left in the game United went 2-1 ahead thanks to Fernandes who finished off a well-worked goal.

On the dot of 90 minutes Aaron Wan-Bissaka thumped home a third goal for United to put daylight between the teams.

And six minutes into added time Rashford latched on to a ball over the top and finished calmly to give his side a fourth goal.

United are now 14th on six points in the league table.