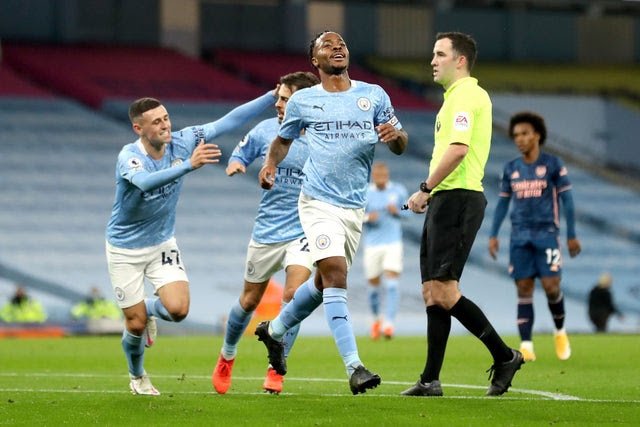 Raheem Sterling scored the decisive goal as Manchster City narrowly defeated Arsenal 1-0 in their Premier League clash at the Etihad Stadium on Saturday.

Sterling hit the back of the net in the 23rd minute after Bernd Leno kept out Phil Foden’s initial shot.

Arsenal, who made a late change before kick-off with David Luiz replacing the injured Rob Holding, had their chances but Ederson made crucial saves to deny Bukayo Saka and Pierre-Emerick Aubameyang.

The hosts struggled to kill the game off and the Gunners handed a debut to Deadline Day signing Thomas Partey late on as they searched for an equaliser, but there was no way through for Mikel Arteta’s side as City held on for a confidence-boosting win.

Pep Guardiola’s side, who still have a game in hand, move up to 10th on seven points after a seventh straight Premier League win over Arsenal, while the Gunners stay fifth on nine points.