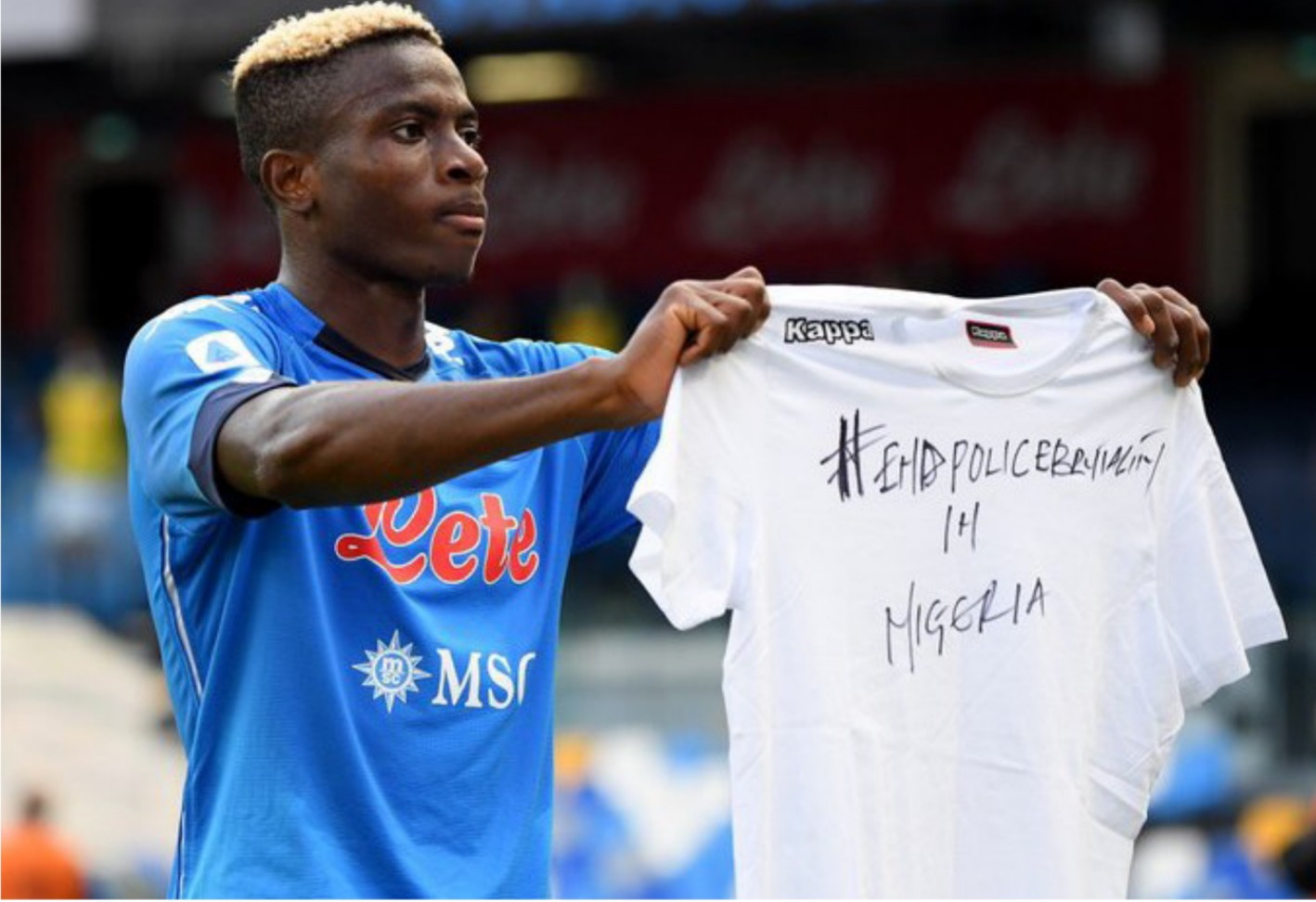 Osimhen got on the score sheet with two minutes left in the first half to make it 4-0 for Napoli.

The former Lille striker chested down David Ospina’s long ball upfield, turned and drilled low into the bottom corner for his first in three league games.

After bagging his goal, he held up a shirt in support of the campaign against Police Brutality, #EndSARS in Nigeria.

In the convincing match, Hirving Lozano opened scoring for Napoli in the 23rd minute before doubling his side’s lead on 27 minutes.

And on the half hour mark, Matteo Politano added the third goal while Sam Lammers pulled a goal back for Atalanta in the 69th minute.

Napoli are third on eight points while Atalanta remain second on nine points in the league table.