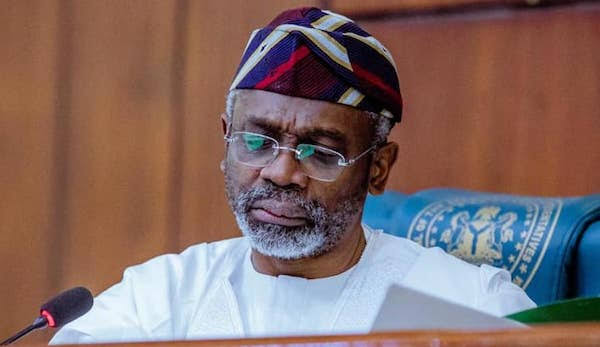 I won’t endorse 2021 budget if there’s no provision for #EndSARS victims, says Gbajabiamila

The speaker of the House of Representatives, Femi Gbajabiamila has stated that he will not sign off on the 2021 budget if it does not contain compensation for victims of police brutality.

This statement was made by the speaker of the House while speaking on the floor of the house before a closed-door session on Tuesday.

Gbajabiamila said he would not endorse a budget that does not meet the “reasonable demands” of the Academic Staff Union of Universities (ASUU).

Recall that citizens across the country have taken to the streets to call for an end to police brutality in the past 13 days.

The speaker said Nigerians expect actions and “they must deliver”.

“​The house of representatives has committed to a programme of reforms. We resolved to collaborate with the Nigeria Bar Association (NBA) and the National Human Rights Commission (NHRC) in this effort and to ensure that draft legislation is ready for consideration within thirty days,” he said.

“None of these actions have sufficed to convince the ever-growing numbers of protesters to withdraw from continued agitation. From Lagos to Awkuzu, from Port-Harcourt to Kano, Abuja and Enugu, the protests have continued relentlessly, with good cause.

“Whatever else may be driving this moment, our people expect more than commitments. They expect action, and we must deliver.

“We owe it to the families they left behind, to those who even now do not know if their missing son, their long lost sister, their father, is buried somewhere in a  shallow, unmarked grave, put there by those whose duty it was to protect them.

“As Speaker of this House of Representatives, let me say now for the records to reflect, and in the expectation that I would be held to account; I will not sign off on a 2021 Budget that does not include adequate provisions to compensate those who have suffered violence and brutality at the hands of the police in Nigeria in the last two decades.

“I will not sign off on a budget that does not meet the reasonable demands of the ASUU, to which Government has already acceded.”

The number four citizen said he would pay visits to some of the families who have lost loved ones to police brutality next week.

“The House of Representatives will pass an Electoral Reform Bill in time for the next general elections so that we may continue to improve the process of electing our political representatives at all levels,” he said.

“I will support the amendment of the constitution to ensure that the provisions on fundamental human rights have teeth, resource control is dealt with equitably and that the next generation of Nigerians does not inherit evident dysfunctions of our current system.”

The speaker described all those who have led the recent protests against police brutality as “midwives of national rebirth”.

“You have moved a nation to action, and now you must join in doing the hard work of making real the vision of a more just, more prosperous, and more resilient nation,” he said.