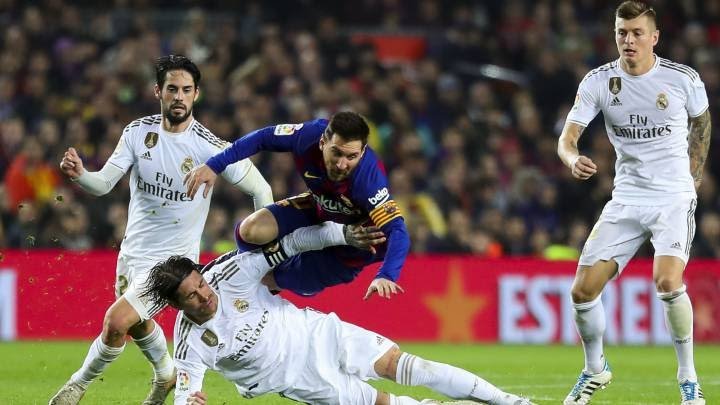 Real Madrid defeated Barcelona 3-1 at the Camp Nou in the first El Clasico of the season, in Saturday’s Laliga clash.

The win for Madrid means Barcelona have only won one of their last six El Clasico fixtures in LaLiga at the Nou Camp.

Federico Valverde, Sergio Ramos and Luka Modric were the scorers for Madrid while Ansu Fati got Barcelona’s goal.

Madrid took the lead in the 5th minute through Federico Valverde before Ansu Fati equalised for Barcelona on 8th minute.

In the 63rd minute Madrid captain Sergio Ramos restored their lead making it 2-1 after converting from the penalty spot.

And in the 90th minute substitute Luka Modric sealed the three points for Madrid by adding the third goal.

The win took Madrid to top in the league table on 13 minutes and Barca are 10th on seven points.

Meanwhile, Real Madrid boss, Zinedine Zidane, has revealed that Barcelona lost 3-1 against his team because his players defended compactly and attacked with space against Ronald Koeman’s side.