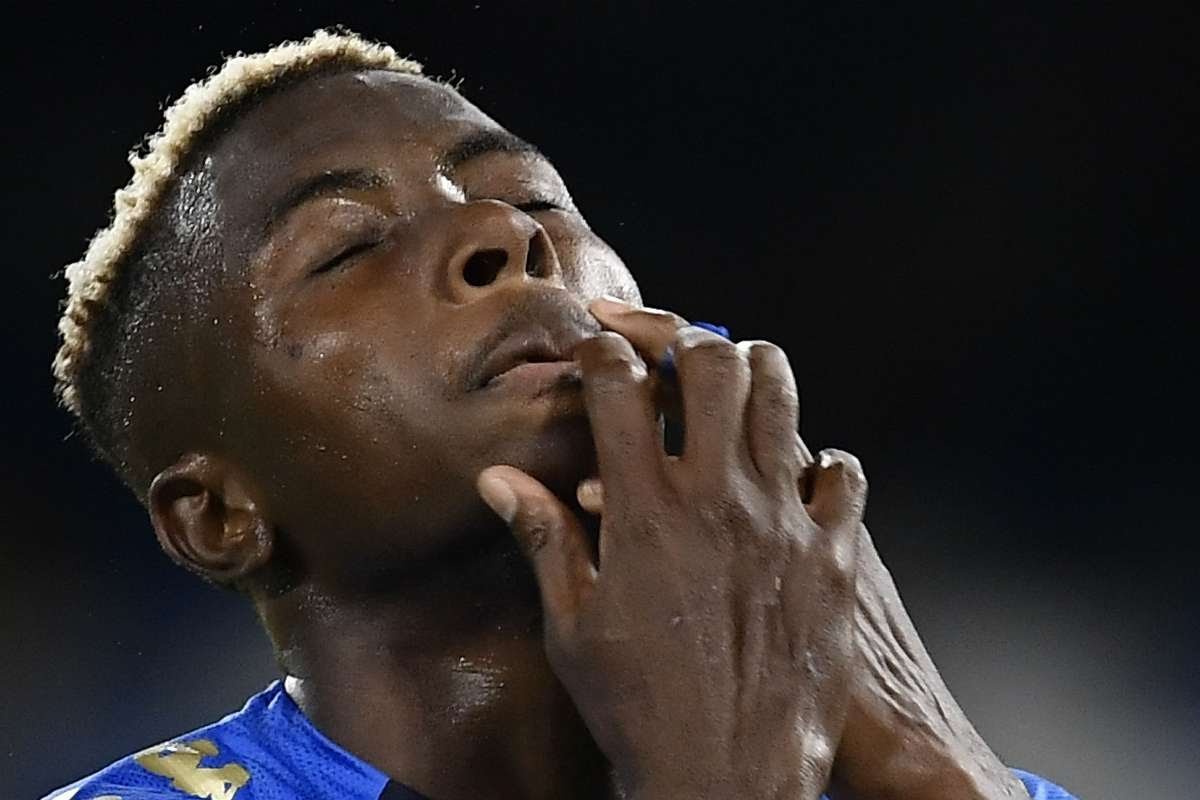 Super Eagles forward, Victor Osimhen was sent off for the first time ever as the Parthenopeans picked up an away win against Imanol Alguacil’s men.

Osimhen was sent off as Napoli registered their first Europa League win of the season, thanks to a deflected Matteo Politano strike to beat Real Sociedad away from home.

The Partenopei had lost their opening fixture 1-0 at home to AZ Alkmaar.

Gennaro Gattuso chose to leave Osimhen on the bench for the game against the LaLiga side.

After replacing Italian forward Andrea Petagna a minute after the hour mark, Osimhen was first cautioned in the 81st minute before he was given his marching orders 12 minutes later after elbowing Robin Le Normand while trying to control David Ospina’s goal kick.

That was the first time the 21-year-old striker was given sent off since he moved to Europe in 2017. He is expected to miss the Blues’ trip to Stadion Kantrida for a date with HNK Rijeka on November 5.

Napoli will return to domestic league action when they welcome Sassuolo to Stadio San Paolo on Sunday.