Made In Lagos: “Congrats King, MIL Out Now” – Davido Shows Support For Wizkid

Popular Nigerian artiste, David Adeleke professionally known as Davido, has congratulated Wizkid on his newly-released album, Made in Lagos.

Wizkid released his new album, Made In Lagos on Thursday, October 29 11:11pm on all digital platforms.

Meanwhile, Davido’s fans and friend Obama, have criticized the album, which they labelled as “wack”.

However, Davido has taken to Twitter to congratulate Wizkid on the release of his new album.

This is not the first time Davido has encouraged his fans to stream Wizkid’s album. 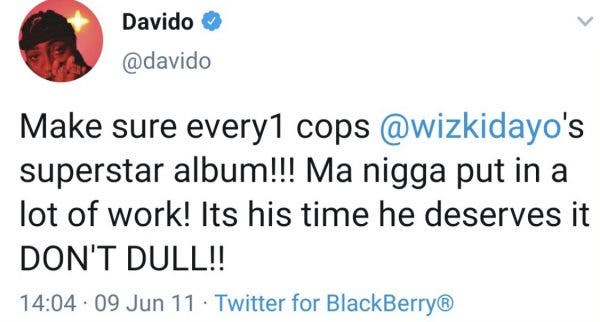