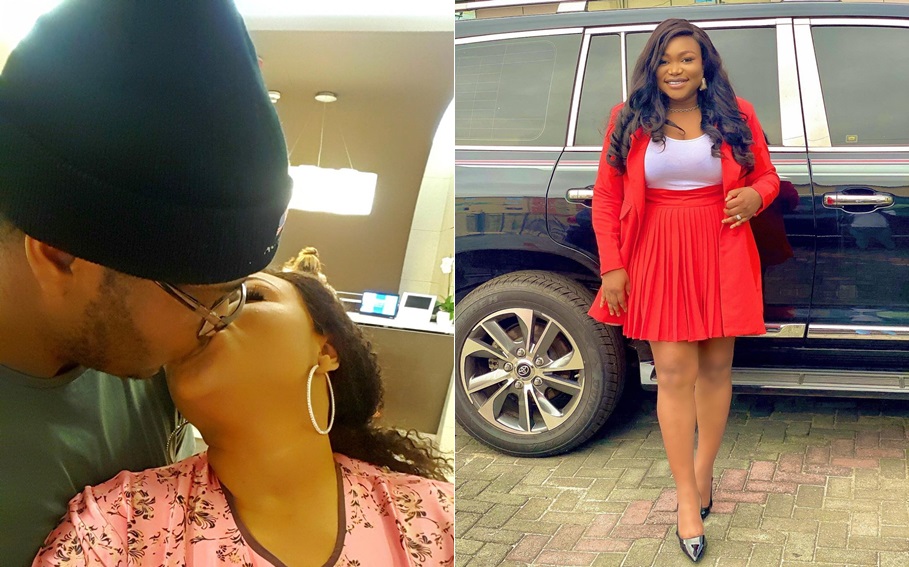 Nollywood actress and filmmaker, Ruth Kadiri has taken to her social media page to celebrate her wedding anniversary with her husband Ezerika.

The actress who penned down a romantic wedding anniversary message to her husband, stated that being married to him has been peaceful.

Kadiri took to Instagram as she posted a pic of them sharing a kiss with the caption;

Being your wife is so peaceful. I love it here. Happy anniversary to us 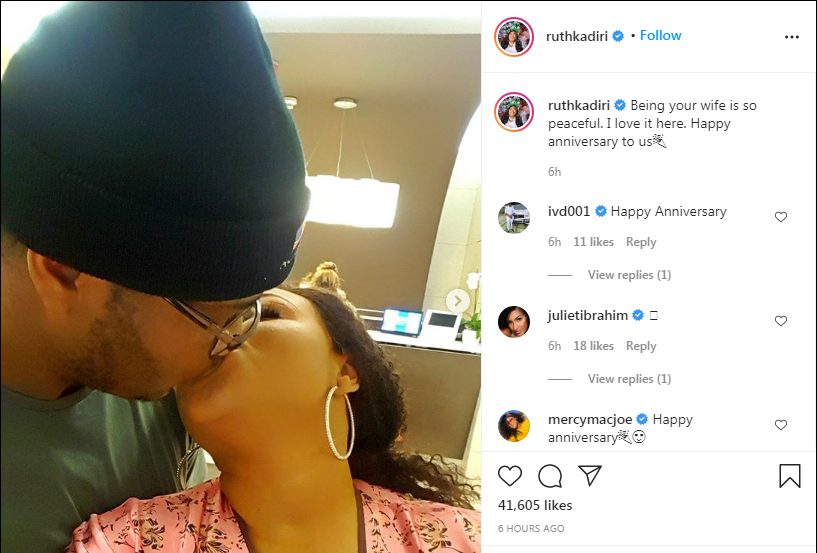 In a similar development, actor and filmmaker, Etim Effiong and his wife, Toyosi are celebrating their third year wedding anniversary today, November 5.

The filmmaker took to his Instagram to share picture of their wedding day, while thanking her for keeping him grounded.

He wrote: “Being a filmmaker and prolific actor 😎😏 can sometimes try to fit you in a box. Acting out roles, reciting lines, dissecting and embodying a character is what I live for and make a living from… so naturally I had fears!