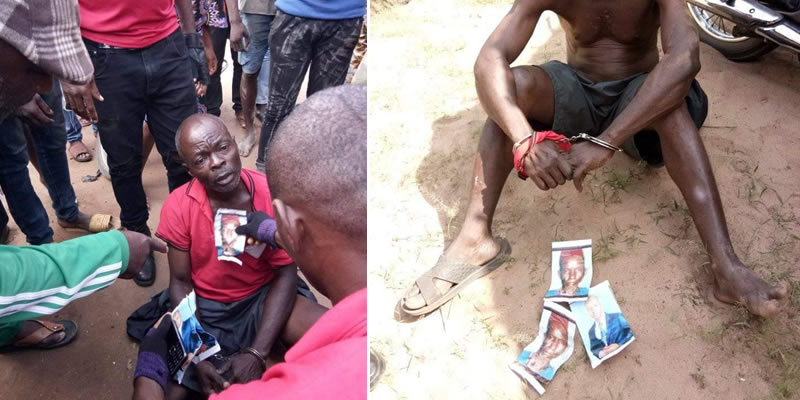 There was a mild drama on Friday, November 13 at Umuaguma Nzerem village, in Ehime Mbano Local government area of Imo State after some angry youths pounced on a suspected ritualist who was allegedly caught in the course of bewitching his victims.

Narrating the incident to WITHIN NIGERIA, one of the victims’ son, Andy Emmanuel confirmed that his father and brother’s pictures were recovered from the suspect’s shrine where it was deposited for a diabolic mission that is yet to be disclosed by the suspect.

Andy said the suspect, Innocent Mgbeahuru Chekwendu had been flagged severally in the community for allegedly committing all kinds of evil deeds before he met his waterloo yesterday after choosing his father, Chief Casmir and his brother, Daniel Ohaekelem as his next victims.

The suspect who had a soft copy of his victims’ pictures had gone to a photographer on Thursday to print a hard copy to use in his shrine when the photographer became curious of the suspect’s intention and later informed other youths in the village about the incident.

The youths gathered in mass on Friday, stormed the suspect’s home to confront him. He initially denied knowing anything about the pictures but he became scared after the youth turned fierce on him and he finally took them to his shrine where the pictures were recovered.

The suspect was marched and paraded throughout the community before he was handed to police.

Below are photos from the scene of incident; 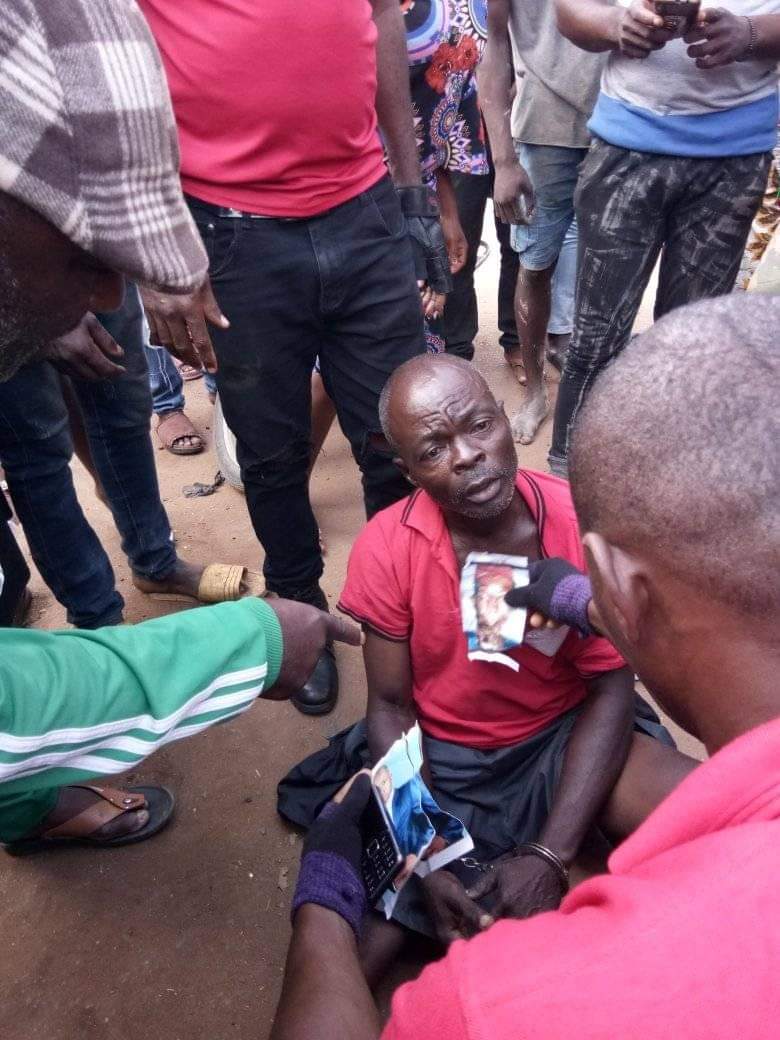 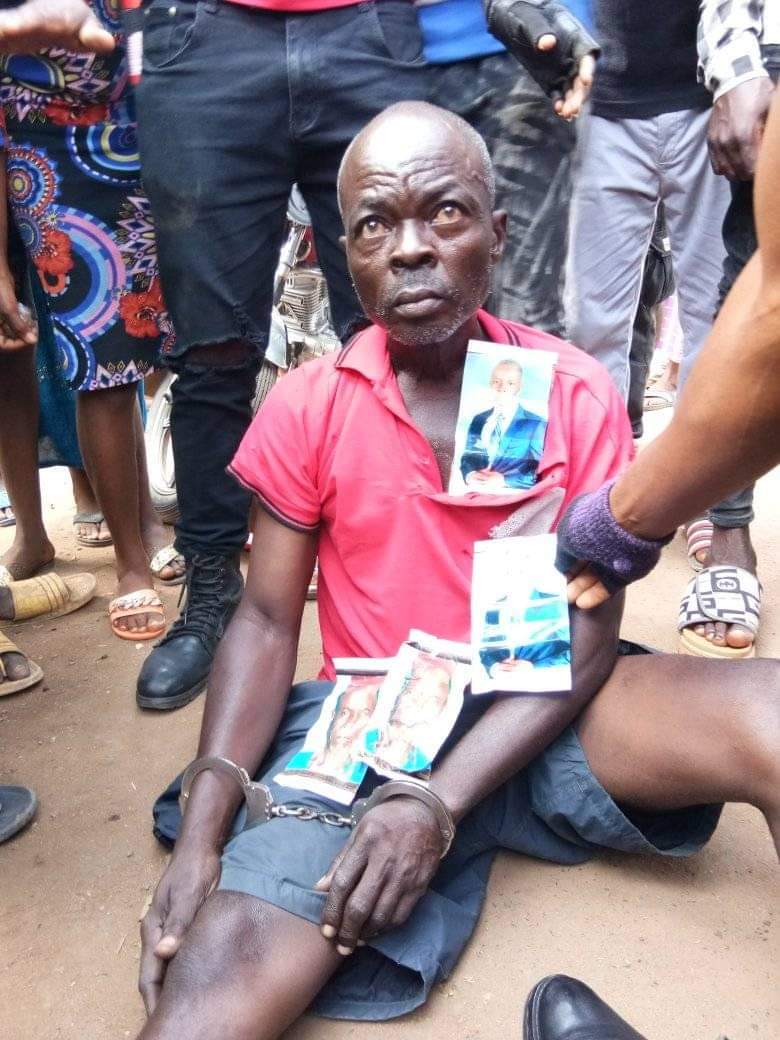 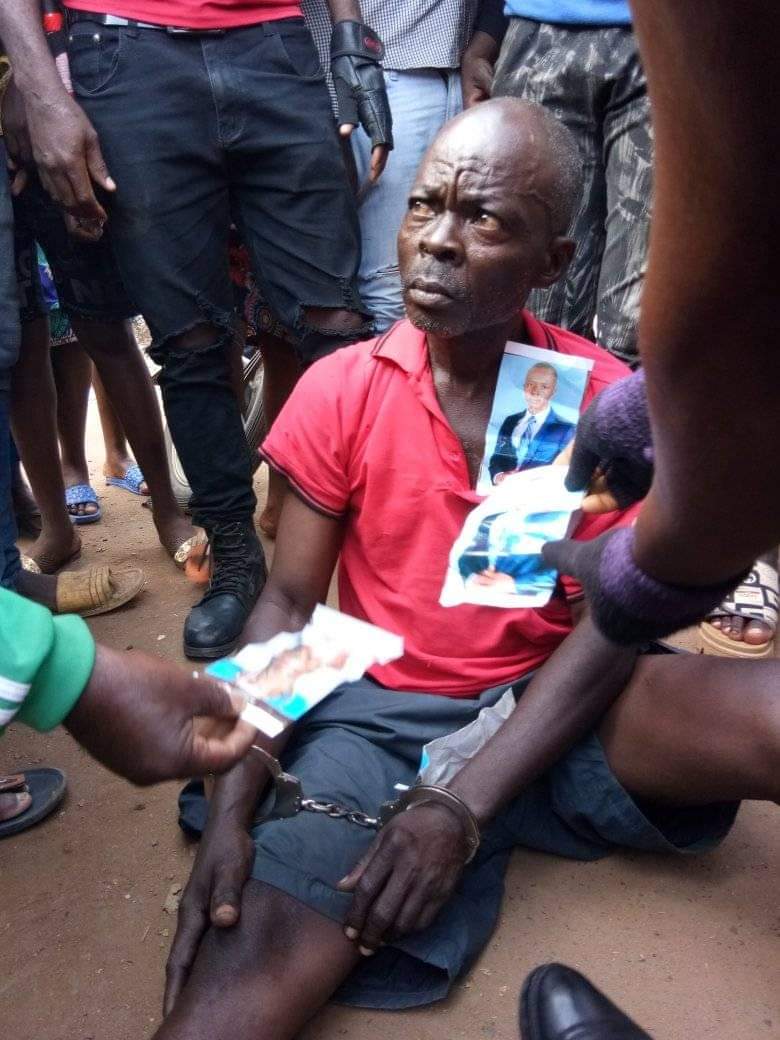 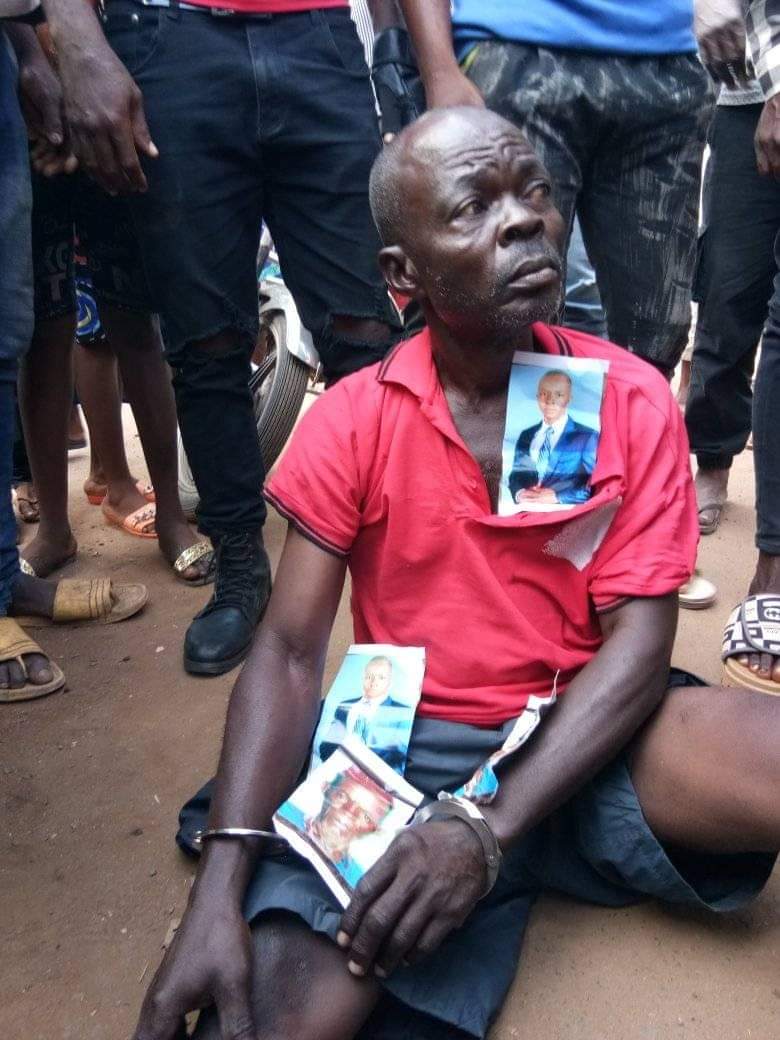 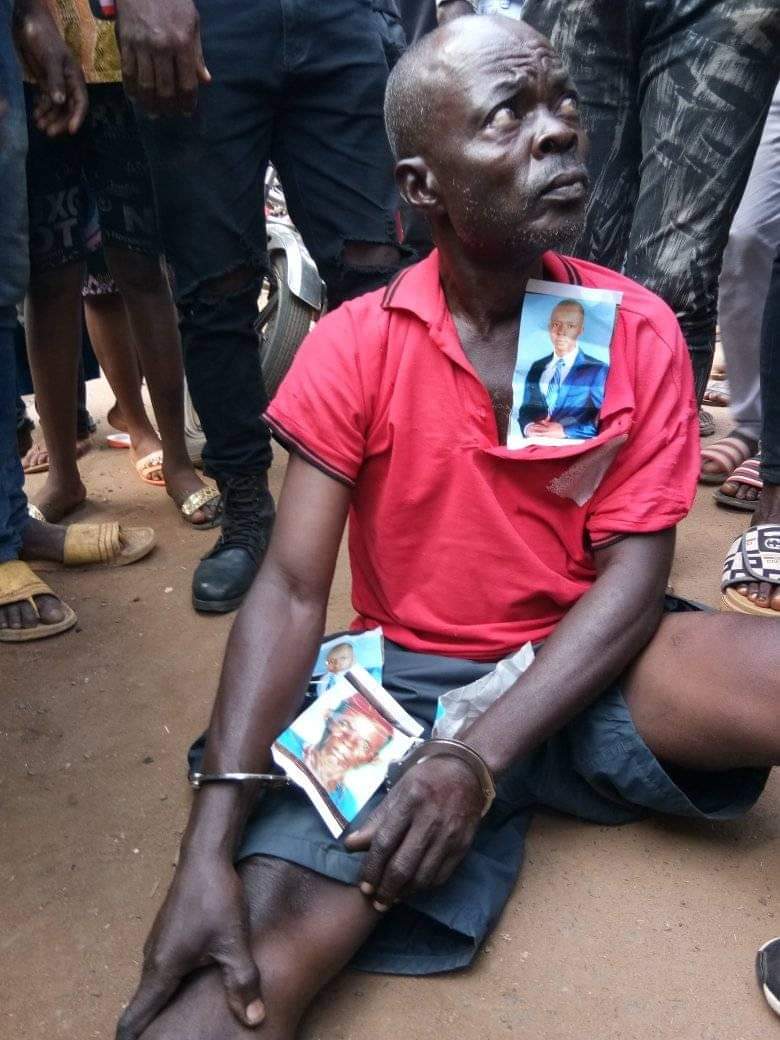 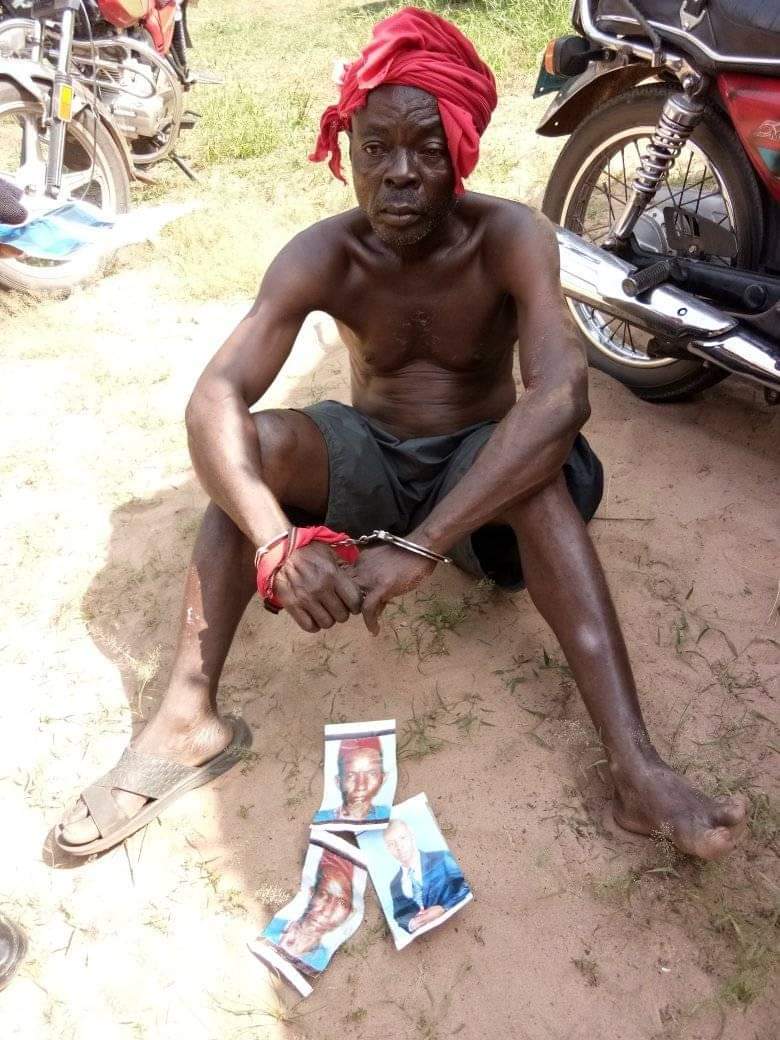