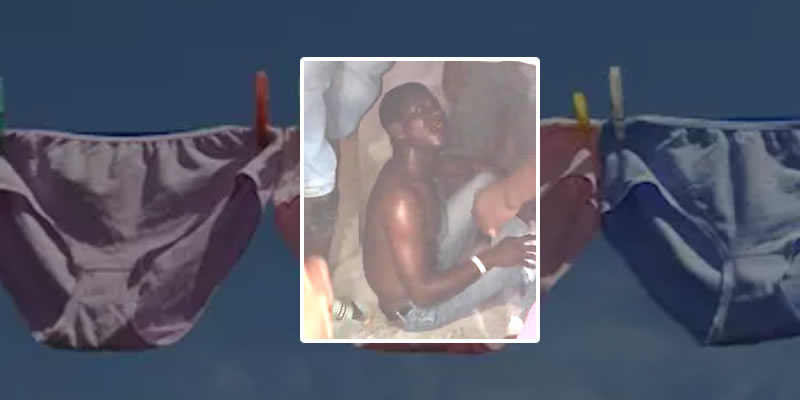 An underwear thief was caught red-handed by occupants of a building where he went to steal ladies pants.

The yet to be identified man walked into a building and made his way straight to a lady’s underwears bag where he was allegedly caught on the spot pocketing a stolen underwear.

According to a video obtained by WITHIN NIGERIA, the man could be seen holding the ‘stolen’ underwear in his hands while he was being confronted by the ladies. The pant thief repeatedly apologized for his actions but the ladies weren’t taking it lightly as they demanded answers; as to what his intentions were and how exactly he knew where to look for the underwear.

The man eventually got the beating of his life as residents were drawn to the confrontation.

In another gist, a South African woman has recounted her bitter experience dating a Nigerian man.

While she admits that Nigerian men are ‘a loving bunch’ she, however, said they rely heavily on their “medicine”

“A very loving bunch that lot but it’s not just. They rely heavily on their medicine and if you are not relying on anything shame” she wrote.