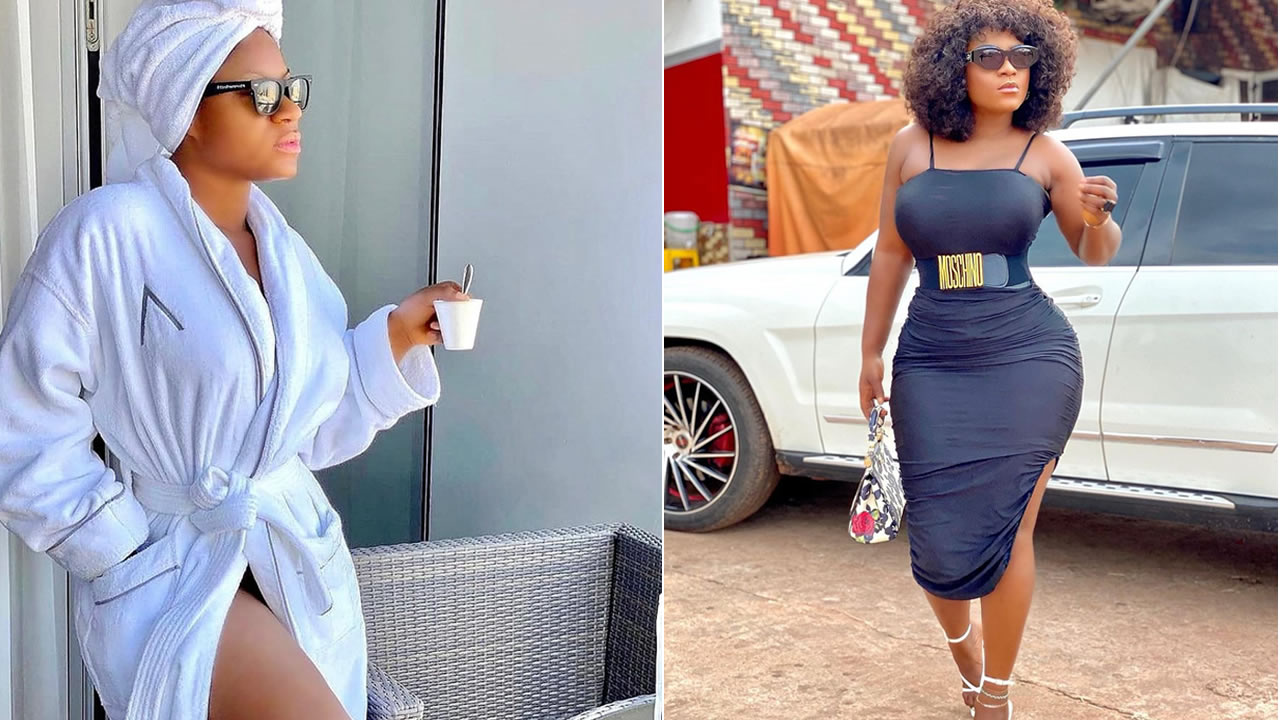 Curvy actress, Destiny Etiko who is popular for her attractive physique, speaks about sleeping and marrying a rich man to complement her celebrity status.

Speaking to newsmen, she said some people misunderstand her because of her physical attributes. She also noted that she was not bothered about marrying a very rich man or sleeping around for money, as her “work pays very well”.

“I know some men are scared of successful women but my man cannot be scared of me. I am not looking for a billionaire or someone that has a lot of money. I am hard-working and would surely support whoever I am getting married to.

“I don’t believe in sleeping around to make money but a lot of people misunderstand me because of my physique. My work pays me very well. Some people who are not even close to me want to do me favours, so what is the essence of sleeping around.

“If God gives me a man that is moderately rich and I love him, I would go ahead with the marriage. I am in a relationship and I am comfortable with my man.

“I cannot marry a man that does not appreciate me or support my career. He would have to look for someone else because it cannot work. Although as a married woman, there may be some roles I would not be able to act anymore. Once a man is supportive, I don’t need a billionaire. I am not a money conscious person and would not cheat on my man.

“It is very important to marry a man that one loves. Why would a man be intimidated by a woman’s success? Any man that does that is not worthy to be called a man. When a woman does legitimate businesses, the man would need to support her.

“Any man that does not support a hard-working woman is less of a man and I cannot entertain such a person. When we are ready to get married, the whole world will know my man. It cannot be hidden.”

Speaking about her father’s recent elaborate funeral, Etiko said she was overwhelmed by the personalities that graced the occasion and doled out cash to make it memorable.

She said, “My father was a good man and the love I received during his funeral was massive. I was shocked that veteran actors such as Pete Edochie, Patience Ozokwo and John Okafor (Mr Ibu) honoured me. I celebrate people, especially on their birthdays, anniversaries and other memorable moments.

“I also attend people’s events, unless I am not disposed. Some people were even stuck in traffic and they had to turn back. If all the actors that planned to come made it to the venue, it would have been more than a carnival that some people said it was. I was glad that Prophet Odumeje came. Immediately he arrived, everywhere was shut down. People began to shout and even left their seats to see him. He shook the crowd. My mother was short of words even though she knew my plans.”