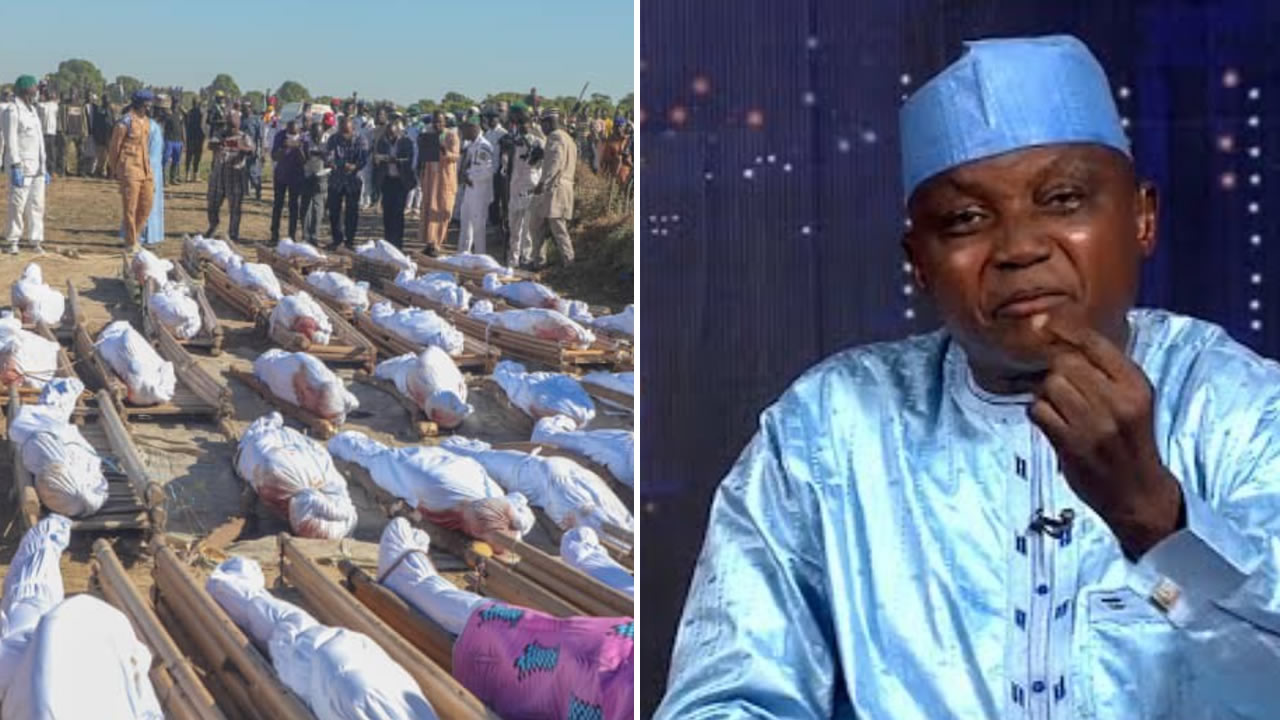 Farmers killed in Borno did not get military clearance to go to the fields, says Garba Shehu

Presidential spokesman, Garba Shehu has stated that farmers killed in Borno state did not get military clearance before visiting their farms.

In an interview with BBC on Monday, Shehu said though the military is in “full control” of all parts of Borno, the farmers and residents ought to get clearance before visiting certain areas.

Recall that a community, Zabarmari which is about 20 kilometres from Maiduguri was attacked by suspected Boko Haram members at the weekend which led to the killing at least 45 farmers.

The United Nations has described the attack as the most violent attack targeted at civilians in 2020.

Shehu, however, blamed the farmers whom he said failed to do due diligence by first obtaining clearance before visiting their farms.

“People need to understand what it is like in the Lake Chad area. Much of those areas have been liberated by Boko Haram terrorists but there are a number of spaces that have not been cleared for the return of villagers who have been displaced,” he said.

“Ideally, all of these places ought to probably be allowed to pass the test of military clearance before settlers or even farmers resume activities on those fields.”

When asked by the BBC if he’s blaming the farmers on the attack, he responded: “Not exactly, but the truth has to be said. Is there any clearance by the military which is in total control of those areas? Did anybody ask to resume activities? I have been told by the military leaders that they have not been so advised.”

He said visiting certain places in the north-east, which has come under the weight of Boko Haram insurgency for more than 10 years, is “a window that the terrorists have exploited”.

“The military is not present on every inch of space in that area,” he said, adding: “Even if the people are ready to go back, some of these areas have been mined and mine clearance has to be carried out first.”