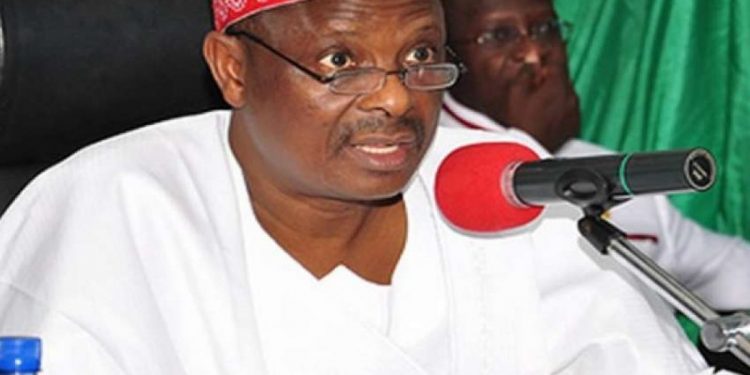 Former governor of Kano state, Rabiu Kwankwaso has been suspended on Thursday by a factional group of the Kano chapter of the Peoples Democratic Party (PDP) loyal to Aminu Wali over allegations of anti-party activities.

WITHIN NIGERIA learnt that Rabiu Kwankwaso served Kano state as governor from 1999 to 2003 while Wali is a former Nigerian ambassador to China.

Kwankwaso’s explusion from the party was announced by the faction on Thursday after a congress which ushered in a new set of leaders for the PDP chapter in the state.

At the congress which held at the Kano foundation house, the Wali faction elected Muhammina Lamido as the chairman of the party, and Garba Gezawa as secretary.

Thirty-nine new executive members were elected to oversee the activities of the party in Kano state.

Two factions loyal to Wali and Kwankwaso, respectively, have been at loggerheads over the leadership of the party.

Recall that a federal high court sitting in Kano on December 9, 2020 dismissed the suit filed by the Wali faction against the caretaker leadership of the party loyal to Kwankwaso.

The court also affirmed the caretaker leadership loyal to the former governor as the authentic party executive.