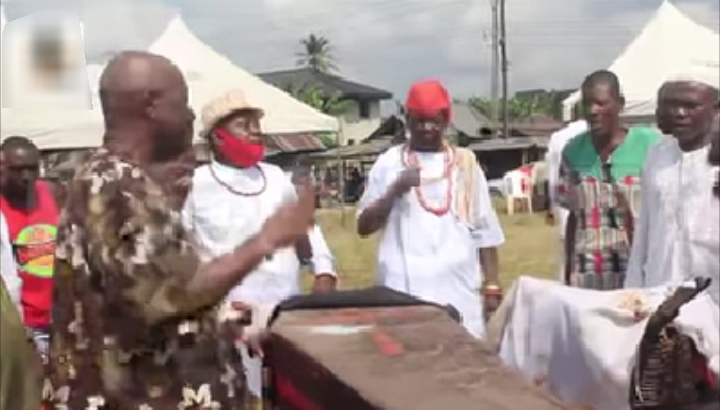 WITHIN NIGERIA learnt that the cleansing ceremony was performed on Friday, December 18 owing to rising cases of cult-related killings alongside cases of internet fraud, kidnappings among other crimes in the community.

It was further learnt that more than 5 persons have died from cult-related issues since last month with some of their bodies brutally mutilated.

Native doctors from 42 communities of Idjerhe Kingdom gathered in Jesse, the traditional headquarters of Idjerhe on Friday, where they offered traditional prayers using duck, a puppy, and a cock while they pour libation against the development.

During the ceremony, the traditional ruler and members of the community lamented the growing cases of death as a result of cultism and internet fraud, asking the gods of the land to visit perpetrators of heinous crimes in the kingdom with calamity.

They publicly warned indigenes who partake in the crime-related activities to immediately repent or strange illness will befall them.