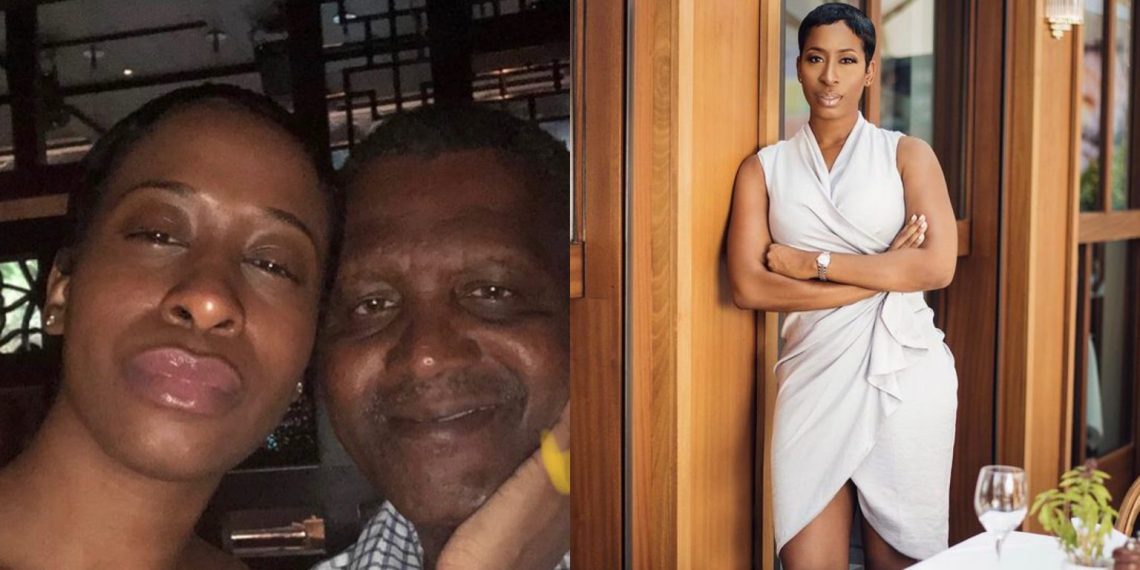 Bae Lewis, the alleged mistress of Africa’s richest man, Aliko Dangote has clapped back at American media personality, Wendy Williams, after she referred to her as side chick.

Controversies about Dangote’s alleged affair with Bae Lewis sparked on social media after Bae Lewis came out to talk about how heartbroken she is because of Dangote, in her words, ‘he broke my heart in 1000 pieces‘.

Correcting Wendy Williams who aired her opinion on the issue, Bae Lewis took to her Instagram story to shut down her claims that she is 45 years old.

Bae Lewis also made it emphatically clear that Dangote is not married and she is not a side chick. 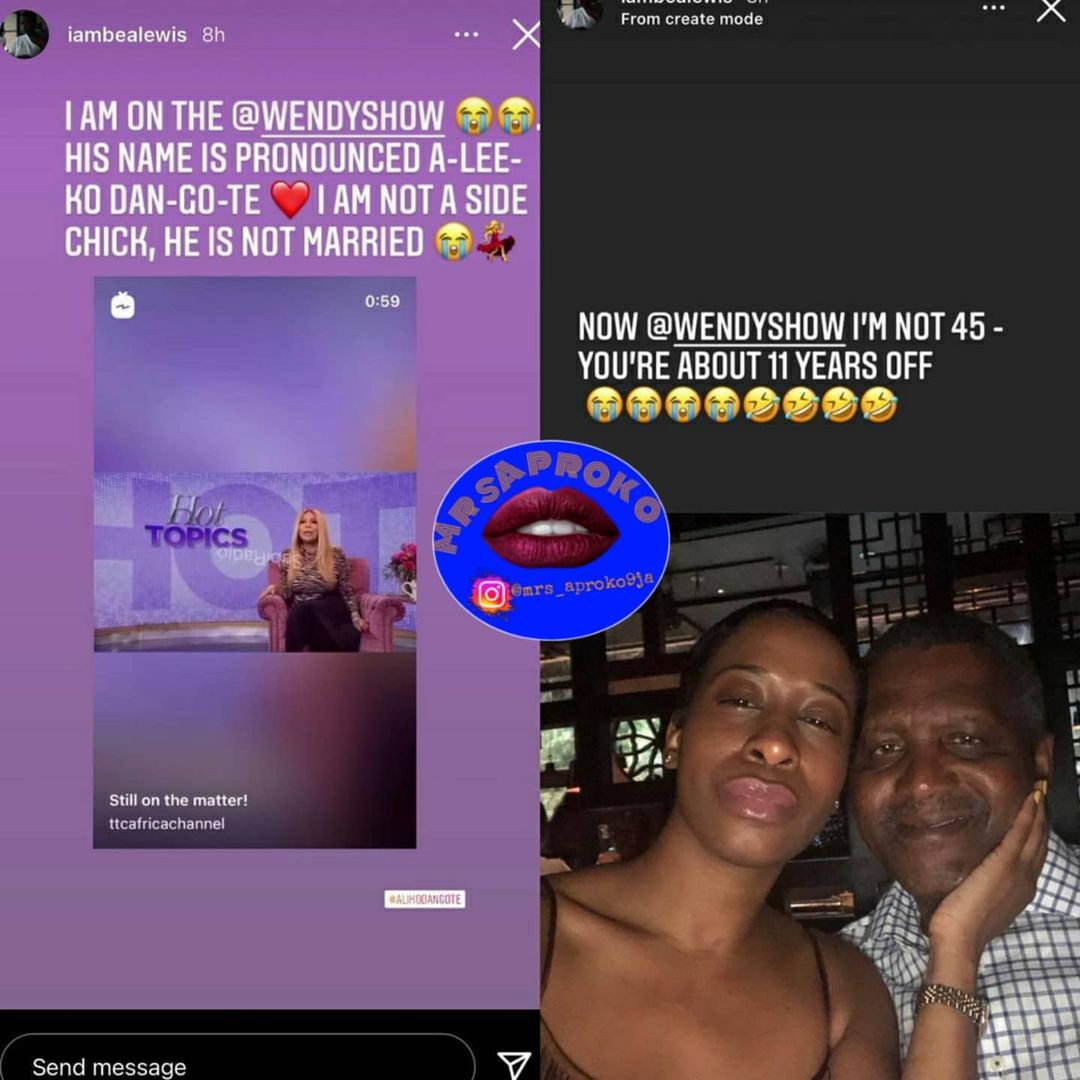 A post shared by The Tattle Room 🇳🇬 🌎 (@thetattleroomng)