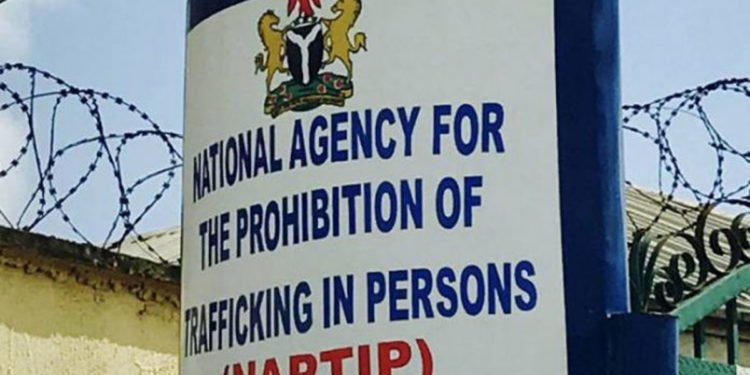 The National Agency for the Prohibition of Trafficking in Persons (NAPTIP) has handed over 22 under-aged children to the Kaduna State Ministry of Human Science and Social Development to be united with their parents.

This was contained in a statement issued by the Director-General of NAPTIP, Imaan Suleiman-Ibrahim on Wednesday in Abuja.

Mrs Suleiman-Ibrahim has frowned at the increasing rate of child trafficking, employment of children for begging and other exploitative labour in the country.

She said the children were rescued by the military, which intercepted a Peugeot J5, on Jan. 8, conveying them.

Mrs Suleiman-Ibrahim further explained that the military handed them over to NAPTIP.

The director-general said the children were crammed into the bus without windows and were weak at the point of rescue.

The NAPTIP boss said an investigation into the case was ongoing but owing to the age of the children, the agency deemed it necessary to reunite them with their families through the Kaduna State Government.

“This is important to ensure that the children are available in furtherance of investigation and possible prosecution of their traffickers.

“The driver of the bus is in custody as efforts are being expedited to ensure the arrest of other accomplices implicated in the case,’’ she said.

Mrs Suleiman-Ibrahim cautioned parents against giving out their children under any guise as they could be subjected to all forms of abuses and exploitation.

She also advised them to desist from abusing their children as perpetrators would be severely punished.

The director-general called on state governments to device effective strategies in dealing with child trafficking as it impacts negatively on them.

She thanked the military for what she described as highly professional conduct in the interception of the children and handing them over to the agency for appropriate actions.

“I appreciate the existing collaboration between the two institutions.

“We also thank the Kaduna State Government for the prompt response and demonstration of love to its people by coming to the rescue of these children.

“This type of collaboration should be emulated by other states to rid the country of the crime of trafficking in persons,’’ Sulaiman-Ibrahim said.

Responding, Usman Hassan, an official of the Kaduna state ministry of human science and social development, assured that efforts would be made to reunite the children with their parents.

Mr Hassan promised that all those connected with the trafficking of the victims would be prosecuted in line with the existing law of the state.