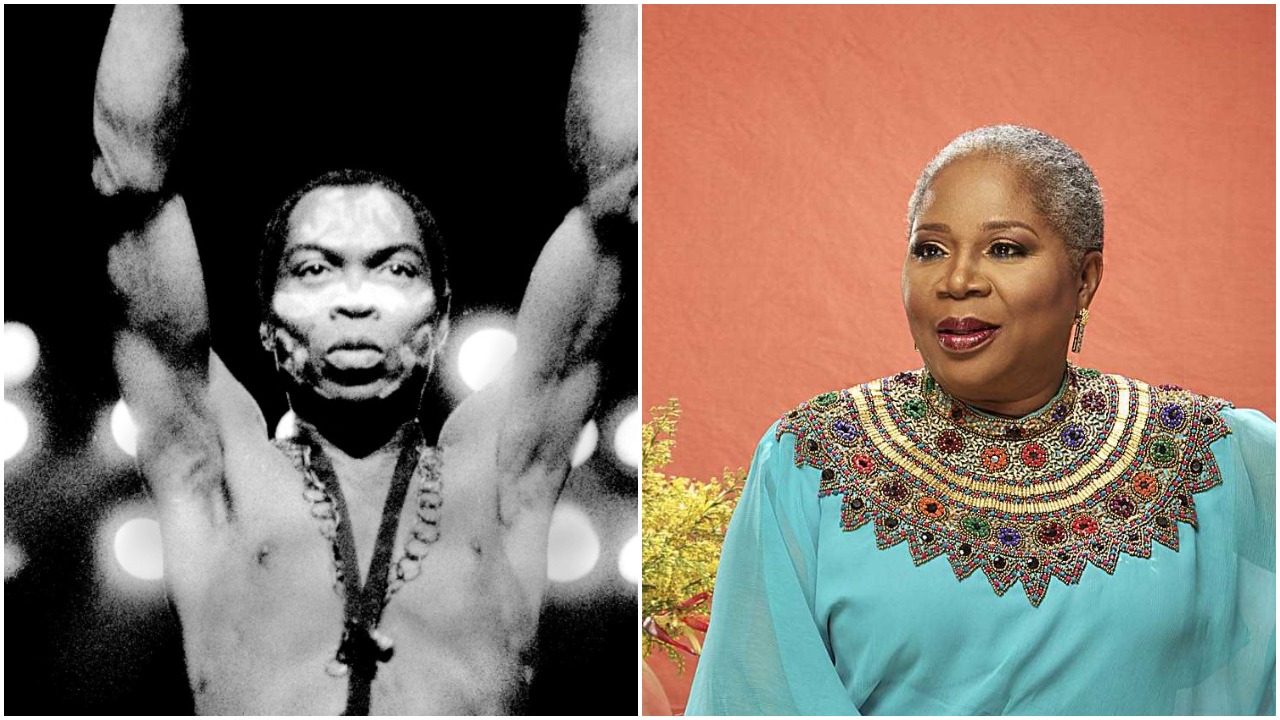 According to Onwenu, Fela who already had wives and concubines had that time, wanted to make her his wife but she refused, telling him that she is a ‘possessive lover’ who cannot afford to share her man with other ladies.

Read the excerpts below:

I had just turned into Falolu Street in Surulere when a car pulled up behind me. Seated in it was Fela. He was pleasant and introduced himself, while inviting me to his nightclub that evening. I knew that I was not going to honour the invitation, but it was rather flattering to be invited all the same.

The second time I encountered Fela was in 1984, a few years after I had returned from the United States. He had just been released from jail. Fela had been arrested for attempting to travel with his band for a gig in London with the sum of 1,600 pounds for their hotel accommodation. Carrying any amount of foreign currency was against one of the many decrees promulgated by the Buhari/Idiagbon military junta. Meanwhile, just days later a certain traditional ruler was allowed into the country with 53 suitcases, allegedly stuffed with the currency. The implications were many and I made these known in an opinion piece which was published in The Vanguard newspapers.

In hindsight, I realise that the government could have had me arrested for being so critical. It was not a tolerant regime at all. I do recall, however, that Brigadier General Idiagbon, the second-in-command, had commented that the government would accept criticism from people like Onyeka Onwenu because ‘that woman loves Nigeria.’ I was touched and I longed to meet him but never did. His premature death in 1999 was a shock to me.

In any case, after Fela was released from prison he sent a mutual friend, the journalist Onuorah Udenwa who is now a US-based pastor, to bring me to his club. I thought that he probably wanted to thank me for speaking up for him, but that was not it. He never even mentioned the article I had written in solidarity with him. Fela wanted to marry me, and I was flattered. I reminded him of the first time we met at Falolu Street and his invitation to visit his club. I thanked him for the honour of wanting me to become his consort, but I turned him down all the same.

While I wanted to see him, I had noticed that his Queens—the euphemism for his numerous dancer-wives—had been looking at me with scorn. They passed by often, whispering comments about me. They were downright hostile and quite obvious about it. I pointed this out to Fela and told him that I was a possessive lover and would not be able to cope as an appendage to his harem. Fela laughed. He seemed to enjoy the idea that the women were ‘fighting’ to keep his affection. He did not persist with the marriage proposal, however.

It was a good night out and Onuorah Udenwa was a perfect escort. I did not stay for too long and he took me home safely.

That was my last encounter with Abami Eda.

Fela stood for all that was bold, creative and self-assured about Nigeria, as the preeminent black nation in the world. In a sense, he was like Lagos, restless and unpretentious. His life was an open book and his stand on any issue was always clear. He stirred up in Nigerians a certain bittersweet taste. He reminded us of how to be black and proud, even if we are from Africa where our leaders did anything but lead. The confidence he exuded as a black person, asserting himself through his music on the world stage was palpable. His radical nature of speaking out against State oppression made him the toast of Nigerians, and rightly so.

Fela criticized the heck out of our leaders and they deserved it. They still do. I could not understand, however, his philosophy or his views about women. Keeping a harem of women—27wives—did not coincide with my idea of love.