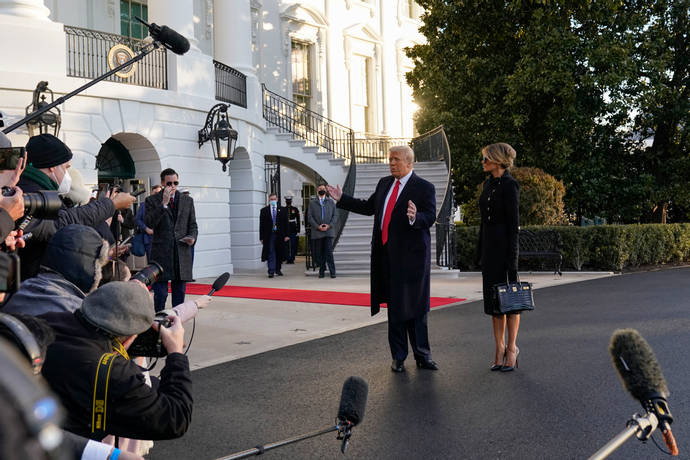 Donald Trump sets up “Office Of The Former President” in Florida

“The Office of the Former President” will manage Trump’s correspondence, public statements, appearance, and official activities, according to a press release from the office.

“Today, the 45th President of the United States, Donald J. Trump formally opened the Office of the Former President,” the statement said.

It added, “The Office will be responsible for managing President Trump’s correspondence, public statements, appearances and official activities to advance the interests of the US and to carry the agenda of the Trump administration.”

“President Trump will always and forever be a champion for the American people,” it further said.

The former President has remained silent since leaving the White House last week for his Mar-a-Lago estate in Palm Beach. He has been banned from Twitter and suspended from other major social media platforms in the wake of the Capitol riot by his supporters on January 6.

The US House of Representatives has delivered to the Senate the articles of impeachment against former President Donald Trump for inciting the riot at the Capitol building on January 6.

He is also facing impeachment for inciting the riot at the Capitol building on January 6, with US Senate Majority Leader Chuck Schumer disclosing last week that Trump’s impeachment trial is scheduled to begin the week of February 8.

In December 2019, House Democrats impeached President Trump on charges of abuse of power and obstruction of Congress, but the Republican-controlled Senate voted not to convict him.