INEC reassures on creation of Polling Units in Nigeria 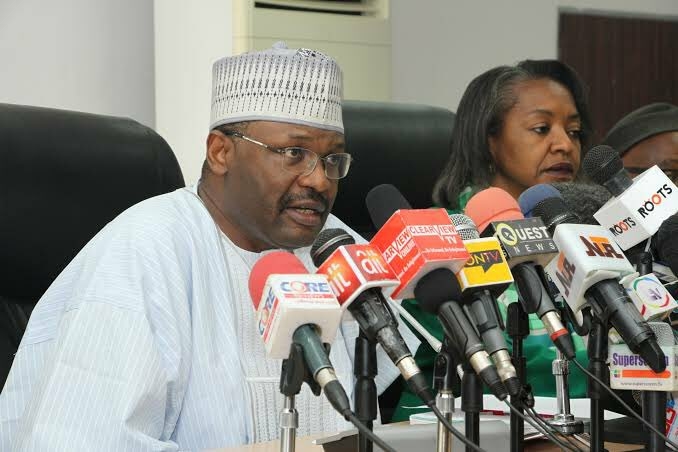 The Independent National Electoral Commission (INEC) has reassured that it plans create new Polling Units in the country ahead of 2023 general elections.

INEC Chairman, Prof. Mahmood Yakubu said this at a stakeholders meeting with political parties’ leaders in Abuja, saying that expanding voters access to polling units in Nigeria was crucial to voters turnout in elections.

He said that many countries expanded access to polling units with every fresh registration of voters while others do so routinely or before every general election.

“Increase in voter population, emergence of new settlements, urbanisation, distance to existing polling units, difficult terrain and other factors require constant review to give the voter a pleasant experience on election day.

“Above all, in the context of the COVID-19 pandemic, it is necessary to decongest polling units to minimise overcrowding and reduce the long distances voters travel often in overcrowded means of transport in order to vote during elections.

“Unfortunately, the last time new polling units were established was in 1996,that’s 25 years ago and this was done by the defunct National Electoral Commission of Nigeria (NECON).

“There were 120,000 polling units to serve a projected population of about 50 million voters in Nigeria at that time,” he said.

Yakubu added:“Today, the number of registered voters is 84,004,084 and it is set to rise after we resume Continuous Voter Registration (CVR) ahead of the 2023 General Election. Yet, the number of polling units remains static.

“In fact, the biggest category of registered voters on our data base (aged 18 to 25 years) was not even born when the current polling units were established a quarter of a century ago.”

Yakubu said that INEC tried unsuccessfully to expand voter access to polling units in 2007, 2014 and even before the 2019 general elections.

He said, however, that those efforts were made administratively, while were too close to general elections adding that the intention was not properly communicated, therefore misunderstood and politicised.

“I am confident that by working together, we will make history by finally solving this 25-year old problem of enhancing access to polling units in Nigeria.

“The Nigerian voter in particular and our democracy in general will be the biggest beneficiaries of increased access to polling units,” he said.

He said that INEC had worked hard in the last two months and produced a discussion paper entitled: “The State of Voter Access to Polling Units in Nigeria”.

Yakubu said that INEC had prepared satellite imageries of the location of polling units across the country as well as pictures and videos to demonstrate the difficulties faced by voters on election day.

He said that the hard and soft copies of the discussion paper was being widely circulated and would be uploaded on the commission’s website and social media platforms latest by Monday, Feb. 8.

INEC National Commissioner, Okechukwu Ibeanu, making presentation on “The State of Voter Access to Polling Units in Nigeria” said the existing 119,973 PUs were not serving the purpose.

Ibeanu said the Pus were not adequate in number, not conducive to voters in terms of exercising the right to vote, especially in the context of the COVID-19 protocols.

“They are also not suitable for the commission to properly conduct its work in terms of ensuring that elections are properly conducted according to rules and regulations,” he said.

He said the problem was nationwide and not limited to a particular state or political region of the country.

“But, compare that to Ghana, between 2019 and 2020 voter turnout actually rose by 17 per cent. We think that this is strongly correlated with the number of voters per polling unit.

“If you look at Nigeria situation during that same period, the number of voters per pulling unit, increased by 217 Conversely, for Ghana, it decreased by 91 voters.

“So it seems to suggest that there is a strong link, such that the much the number of voters per polling unit, the lower the voter turnout,’’ Ibeanu said.

He said the discussion paper identified and proposed three frameworks for permanent solutions.

“One, the possibility that residents of a new area to apply for PU which will go through a verification and approval process.

“The second approach will be to create what section 13 of the Electoral Act talks about as polling areas,’’ while there was also a possibility of converting the existing voting points settlements in the FCT to full-fledged pulling units.

“We think that the phase two solutions will take a long time and substantial resources to achieve.

“Consequently, it seems to us that converting voting points and voting points settlement to pulling units is probably the most visible, the least time consuming and likely to be the least controversial,” he said.

Nzenwa said it was timely especially at a time the National Assembly Joint Committee on INEC was almost completing work on the amendment of the Electoral Act, 2010.

“Polling units constitute the basic structure of Nigeria’s electoral system and democracy. So, its presence in terms of adequacy, conduciveness and a good environment is very important and will help to deepen our democracy,” he added.

He pledged IPAC’s continuous support to INEC in the effort to deepen the country’s democracy.

In a communique signed by the 16 parties physically present at the meeting, leaders of the parties resolved that there was merit in INEC’s proposal in converting the existing voting points and voting points settlement nationwide to full fledged polling units to address the problem of voter access.

They also resolved that the commission should commence the process of conversion based on clearly articulated guidelines to be developed by INEC and shared with stakeholders.

“That there should be further consultations between INEC and political parties to ensure successful expansion of voter access to PUs,” it said.